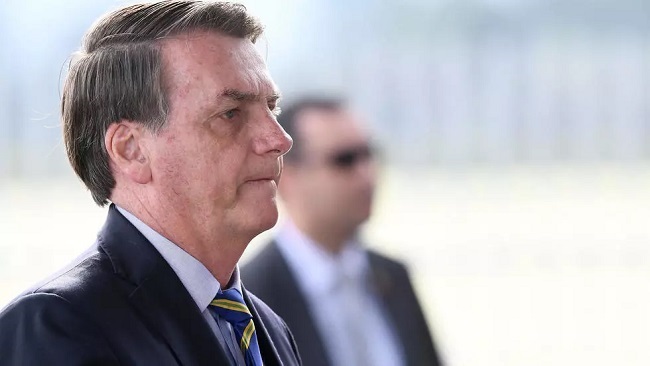 Brazilian President Jair Bolsonaro keeps saying coronavirus fears are overblown. Other officials at the federal, state and local levels insist the danger is all too real.

Brazil is torn by a deep political divide over how to respond to the pandemic, and it is taking a heavy human toll.

On Saturday, even as the death toll in Brazil crossed the threshold of 10,000, Bolsonaro continued pressing to get the country back to work.

“The army of unemployed keeps growing,” he tweeted.

“Is chaos coming?” added the far-right leader, who has compared the virus to a “little flu” and condemned the “hysteria” surrounding it.

Some argue the “chaos” is already here — at least as far as the Brazilian government’s response goes.

Bolsonaro’s criticism of stay-at-home measures to fight the virus has put him at odds with state and local authorities across Brazil, not to mention his own former health minister.

Meanwhile, Brazil has emerged as the epicenter of the pandemic in Latin America, with 11,519 deaths so far.

Experts say under-testing means the real figure is likely far higher, and that things stand to get a lot worse.

“We know from history that anytime there’s such a cacophony in a situation like this, such huge disagreement on public policy among leaders, tragedy ensues,” said Brazilian historian Sidney Chalhoub, a professor at Harvard University.

As an example, he cited the last major cholera outbreak in Europe, in the late 19th century, that killed more than 10,000 people in Hamburg, Germany.

“It was largely caused by divisions between the local political elite and dominant economic interests, which trumped public health concerns. And the result was an even bigger economic catastrophe,” he said.

Bolsonaro supporters have held a series of anti-confinement protests in recent weeks.

Sometimes the president himself has joined in, hitting the street, shaking hands and giving fiery speeches, all while refusing to wear a face mask.

The protests have included virulent attacks on Congress and the Supreme Court, which have moved to counter Bolsonaro’s anti-confinement measures.

At times, they have erupted into violence, including against journalists and even nurses.

But a recent poll by the Datafolha institute found that 67 percent of Brazilians believe stay-at-home measures are needed to contain the virus, even if they hurt the economy.

Even in his own camp, Bolsonaro’s support is far from universal.

Another poll found that while 56 percent of those who call themselves right-wing or center-right supported the president’s handling of the pandemic, 40 percent did not.

“The more closely related people are to someone who has been infected or died, the more they distance themselves from Bolsonaro,” said political scientist Carlos Pereira of the Getulio Vargas Foundation, who conducted the latter poll.

Like his US counterpart Donald Trump, whom he admires, Bolsonaro has touted the medication chloroquine as a wonder drug against COVID-19.

Scientists at Brazil’s leading public health research institute, Fiocruz, have stated that preliminary studies do not indicate chloroquine is an effective treatment for the disease.

Perceived to be attacking the president, they have received threats on social media in response.

“We’re talking about a far-right, anti-democratic government,” some of whose supporters have “fascist” tendencies, said sociologist Debora Messenberg, of the University of Brasilia.

“We can’t even talk about society being ‘polarized’ in the usual sense. It’s not a democratic polarization. Right now, the debate is between democracy and authoritarianism,” she said.

Brazil, like the United States, is facing the pandemic “with a government that is anti-knowledge,” said Chalhoub.

The Bolsonaro administration “is depicting this as a public health catastrophe versus an economic catastrophe. But that’s a harmful view that will drive us toward both,” he said.