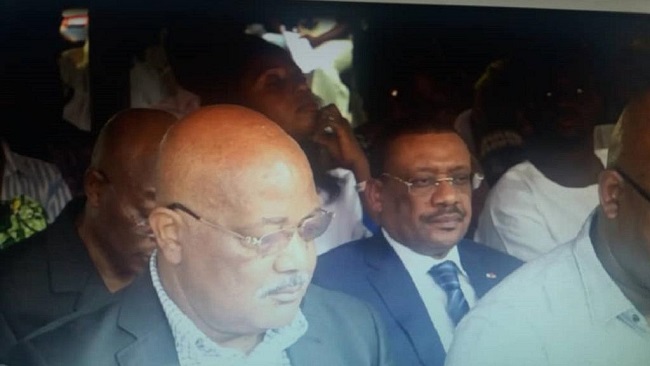 Basile Atangana Kouna, Cameroon’s former water and energy minister and other top government officials held over an anti-corruption crackdown have been shown in a video commemorating Easter in prison.

Journalists tweeted screengrabs of Basile and others – Nguini Effa, Mendo Ze and Jena Willian Solo – all in suit taking part in mass on the eve of Easter at the Kondengui maximum security prison located in the capital, Yaounde.

The three other detainees are a former Ministry of Public Works official, the head of a state company, and the ex-rector of the University of Douala.

The religious service involved a church set up in the prison with a priest delivering a sermon. The former ministers a joined by other attendees sitting under a tent following proceedings.

It is largely held that the four are being detained as part of an anti-corruption drive known as Operation Sparrowhawk. It remains to be known which particular case Basile is to be charged with. 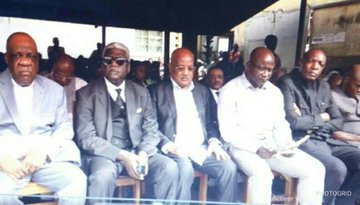 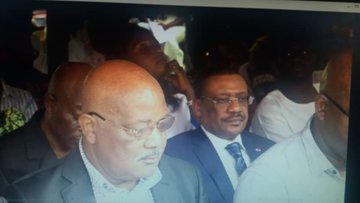 He was arrested and deported from Nigeria in March after President Biya kicked him out of a March 2 cabinet reshuffle. He had already been ordered the previous month not to leave the country.

As a result of its oil wealth, corruption has been widely reported especially in the area of revenues from crude exports. Transparency International ranked it 153 out of 180 countries on its annual corruption perceptions index.

Biya,85, has ruled the Central African nation since taking over from a retiring predecessor in 1982. He won the 1983 polls with 99.98 percent and has since won reelection at every election cycle.

He is expected to again seek re-election in presidential polls later this year. The first of multi-level elections, Senate vote, was held last month. The presidency has yet to announce a date for the presidential and other elections.

Cameroon’s oil-dependent economy has been crippled by low crude prices. And separatists are mounting a guerrilla campaign in the country’s two English-speaking provinces, demanding independence from the majority Francophone Central African nation.