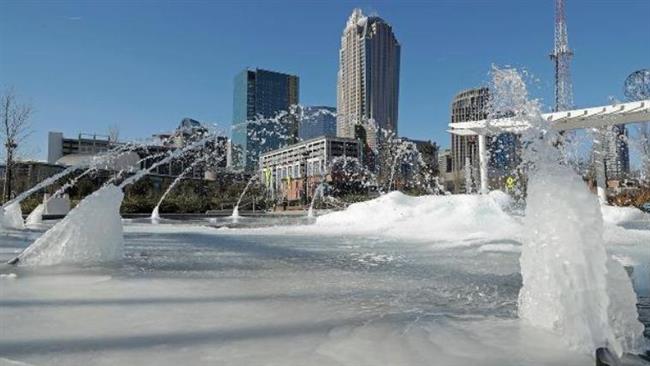 Dangerously cold temperatures have been blamed for at least a dozen deaths in the central and eastern United States.

The bitter cold prompted officials to shut down schools and local attractions in several regions on Tuesday out of safety concerns.

Warming centers were opened in the Deep South with authorities demanding that neighbors, especially those who are elderly, sick or who live alone be checked.

“It’s important that people look out for anyone in need of shelter,” St. Louis Mayor Lyda Krewson warned.

Temperatures in St. Louis have dipped 30 degrees below normal.

Freeze warnings were also issued for areas from South Texas to Canada and from Montana to Maine.

In Atlanta, Grady Memorial Hospital emergency room doctors were forced to raise a patient’s body temperature almost once a day or every other day using warm fluids, blankets or other measures.

“We have a group of patients who are coming in off the street who are looking to escape the cold — we have dozens and dozens of those every day,” Emergency Care Center assistant medical director Dr. Brooks Moore told the Associated Press.

Slippery roads have resulted in numerous car accidents with a crash, which involved more than a dozen vehicles, forcing the closure of the Schuylkill Expressway in Pennsylvania.

In Indiana, the current freezing weather is unusual because of how long it has lasted, according to experts.

“It has just been relentlessly cold since Christmas,” said Jeff Masters, meteorology director of the private Weather Underground.