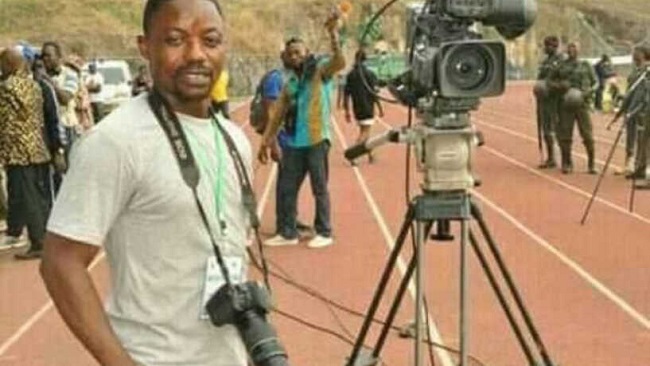 It’s being called the ‘worst crime’ against a Cameroonian journalist in the past decade by rights groups.

The death of Cameroonian journalist Samuel Wazizi in military custody last Friday is being called “the worst crime against a journalist in the past 10 years in Cameroon” by media rights group Reporters Without Borders (RSF).

It was confirmed on Friday that Wazizi, a broadcast journalist who worked for CMTV covering the country’s separatist movement, was arrested on August 2, 2019 for openly criticizing the government’s response to the movement. He was said to have been tortured and abused during his detainment.

While the news was confirmed by the Cameroonian Ministry of Defense just last week, reports reveal that Wazizi actually died on August 17, 2019—the same month of his arrest. According to a report from the Committee to Protect Journalists (CPJ), the military claimed that Wazizi was not tortured while in custody, but that he had died “as a result of severe sepsis” and had been in touch with his family. However, his sister-in-law Metete Joan Njang informed CPJ that the family had not been able to reach Wazizi since his arrest, and had only learned the news of his death on June 3.

“The Cameroonian government’s cruel treatment of journalist Samuel Wazizi is truly shocking,” said Angela Quintal, CPJ’s Africa program coordinator in a statement. “It is unbelievable that authorities covered up his death in custody for 10 months despite repeated inquiries from press freedom advocates and his family, colleagues, friends, and lawyers. An independent autopsy should be conducted immediately, and Cameroon must also launch an independent commission of inquiry so that those responsible for Wazizi’s death are held accountable.”

RSF shared a similar statement and has called on the government to end their silence against the mistreatment of journalists, send Wazizi’s body to his family and launch an independent investigation in order to “establish the chain of responsibility and circumstances leading to this tragedy.”

The Cameroonian government has come under fire from journalist and human rights groups, for its censorship and abuse of citizens and reporters, since the beginning of the separatist movement occurring amongst members of the country’s Anglophone population in Northwest and Southwest. The country ranks 134th out of 180 countries and territories in RSF’s 2020 World Press Freedom Index. On several occasions, the government has taken further actions to quell dissent by shutting down the internet.

Several journalists and fellow Cameroonians are calling for #JusticeForWazizi online and are demanding increased freedom of the press.