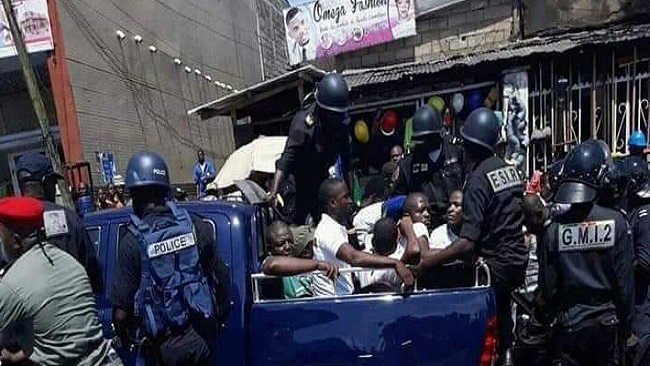 Dozens of people were arrested on Monday and Tuesday in Cameroon’s commercial capital Douala for disregarding guidelines on fighting COVID-19 in the country, according to the police.

Police said over 50 people including six policemen were arrested for not wearing face masks in public places and drinking in beer parlours after 6 p.m. local time (1700 GMT).

“If we must fight and win coronavirus, citizens have to be compelled to respect the guidelines put in place by the government. Some people are just too stubborn and that will not be tolerated,” Issa Daouda, sub-prefect of Douala 4 Municipality told reporters during an inspection tour on Monday.

All those arrested were granted bail to avoid crowding them in police cells, said Mathias Fombele Tayem, sub-prefect of Douala 5 Municipality.

The government has made mask-wearing compulsory, and banned gathering of more than 50 people and drinking in bars after 6 p.m. as part of the measures to curb the spread of the novel coronavirus.

Cameroon has reported to date 855 confirmed cases, according to Africa Center for Disease Control and Prevention (CDC), making it one of the African countries worst hit by the pandemic.