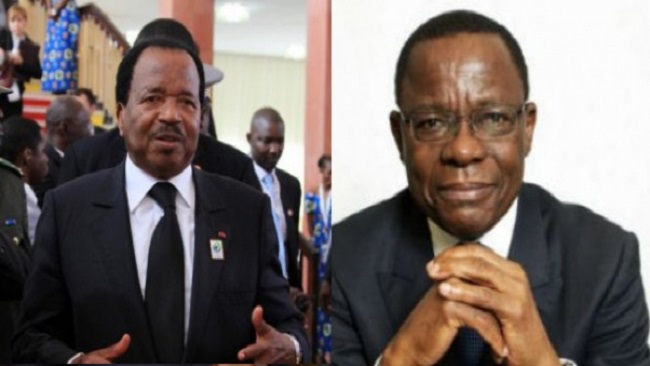 Experts around the world have put the indifference down to alcohol and the government’s high-handed approach to life.

The typical French-speaking Cameroonian loves food and drinks and has a diminished view of the future because he has been made to think that the short term is more important than the long-term.

But the last two decades have ushered in a new mentality and the scales are gradually falling off. French-speaking Cameroonians are now traveling to English-speaking countries and they are noticing the difference.

Even on the African continent, English-speaking countries are making giant economic strides while their French-speaking counterparts are turning in circles, hoping that France will come to clean up their political, economic and financial mess.

Besides, the country’s English-speaking minority has brought down the wall of fear and over the last four years, the country’s government has been battling an insurgency that will not be rolled back anytime soon.

Despite repressive measures taken by the government, the fighters in the country’s two English-speaking regions have stood their ground and they will not yield to anything short of total independence, though some English-speaking Cameroonians hold that a well-designed federation might calm down tempers and lay a solid foundation for a peaceful coexistence between the two linguistic blocs.

Besides the armed conflict, the country is also dealing with terrorism in its northern regions where Islam is predominant. Soldiers and civilians are being blown up everyday by suicide bombers affiliated to Boko Haram, a feared religious sect that has its tentacles in Niger, Nigeria and Chad.

Boko Haram has become a real nightmare to the Yaoundé government that lacks the resources to deal with such a man-made catastrophe.

The Yaoundé government is corrupt and its legendary arrogance has made it hard for ordinary citizens to live a normal life. Unemployment is at its highest level while the number of young unemployed graduates is growing exponentially.

Corruption that has become the government’s hallmark has paralyzed government services and sent many to an early grave. The country’s hospitals have been reduced to consultation clinics while government offices have become places where bribery has taken up residence.

The most disturbing thing is that French-speaking Cameroonians have always felt that genuine change will come through the ballot box.

Strangely, the ruling party, which considers itself as the state, has won every election since 1992 when the country’s so-called advanced democracy started, with the country’s president, Paul Biya, ruling for 38 years without campaigning and with nothing to show for his long stay in power.

With the system finally falling apart, the docile French-speaking Cameroonian understands that change will not come through the ballot box.

Biya and his collaborators have held the country hostage and they are determined to hang on to power even if all Cameroonians have to die.

All attempts to let the government see beyond its nose have failed. The country is disintegrating and Mr. Biya, who is bed-ridden due to age and poor health, has held onto old strategies which have outlived their usefulness.

But the hour of change is around the corner and East Cameroonians are pumped up and are determined to flush the regime out on September 22, 2020.

The regime is the worst disaster that has ever befallen the country. The regime is worse than the Coronavirus and it has consumed millions of its own citizens.

Support for the government has been crumbling for years, but it is the eroding military support that is causing the ailing regime to lose sleep.

Many army soldiers have been deserting, with hundreds calling on their fellow soldiers to understand that the real enemy is the regime which has looted state coffers, fostered corruption and ruined the country’s economy, and not the population which is crumbling under the weight of mismanagement and arrogance.

Burkina Faso, Algeria, Mali, Sudan, Tunisia and Egypt have all chased their dictators away from power and this seems to be the road to peace, stability and economic prosperity that the French-speaking Cameroonian is prepared to walk.

The hour has come and every Cameroonian must join in to ensure Mr. Biya and his regime becomes a distant memory.

The Cameroon Concord News Group shareholders and staff endorse Prof. Kamto’s call for a national demonstration that must lead to the departure of the incompetent and corrupt Yaoundé regime that has brought untold hardship to the hardworking and peace-loving people of Cameroon.

The military is on the people’s side and all Cameroonians, especially those in Yaoundé and Douala, must come out on September 22, 2020, to see off Biya and his corrupt collaborators.

By Soter Tarh Agbaw-Ebai in Germany