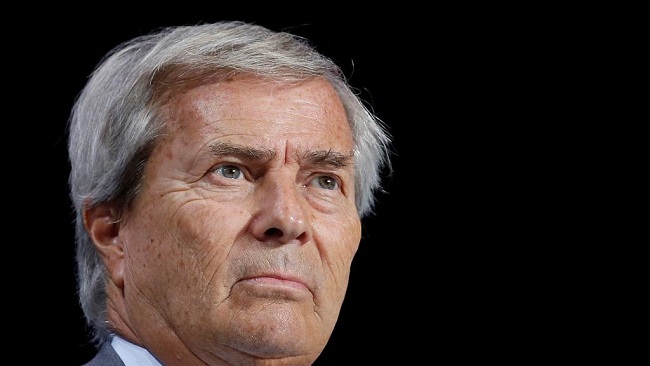 French industrialist Vincent Bolloré was taken into custody on Tuesday morning at the premises of the judicial police in Nanterre, France.

According to French media company, Le Monde, the billionaire businessman is being investigated for influence peddling and corruption in Africa, specifically the conditions under which he obtained two of the sixteen container terminals in the ports of Lomé and Conakry, in 2010.

State prosecutors believe that Bollores, who has interests in several African countries, could have taken advantage of his Havas communications agency to facilitate African heads of state into power in exchange for concessions to operate these terminals.

They seek to draw a connection between Havas’ management of the 2010 presidential campaigns of the Guinean President Alpha Condé and Faure Gnassingbé of Togo at ridiculously subsidised prices and the subsequent acquisition of port rights by Bolloré Africa Logistics.

Other executives of the group were also taken into custody on Tuesday, including Gilles Alix, CEO of the Bolloré group, and Jean-Philippe Dorent, head of the international division of the Havas communications agency.

According to Le Monde, numerous documents were seized during searches carried out in April 2016 at the headquarters of the Bolloré group in Puteaux (Hauts-de-Seine). These documents reportedly confirm the state’s suspicions about under-invoicing of the presidential campaigns led by Havas.

The group has since formally denied any irregularities in the way they conduct business in Africa.