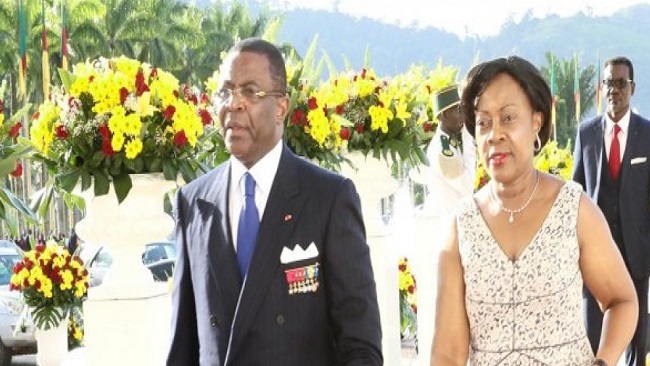 Former French Cameroun Defense Minister Edgar Alain Mebe Ngo’o has been notified of the charges against him after 18 months of detention at the Kondengui Central prison in the nation’s capital Yaoundé.

The once chartered member of the ruling CPDM crime syndicate is being prosecuted for financial crimes estimated at 20.37 billion CFA francs or a little over 30502084 euros. He and his wife reportedly awarded several contracts to the Chinese firm Poly Technologies Inc.

He is also accused of illicit enrichment within the framework of the contract with MAG Force International that was to equip the Francophone dominated army and “aggravated” money laundering of about 20 billion CFA francs.

Cameroon Intelligence Report understands his dossier includes acts of corruption and bribes.  His wife Véronique Mebe Ngo’o is prosecuted in the same framework for complicity in embezzlement and money laundering of more than FCFA 5 billion.

The French Cameroun couple withdrew billions FCFA from the state coffers. Edgar Alain Mebe Ngo’o, was taken into custody on 5 March 2019 as part of Operation “Sparrowhawk”, launched to clean up the management of public finances.

Feared and dreaded deep within the governing gang, this close friend of President Paul Biya held very high positions in the French Cameroun administration for about twenty years.

He was successively Senior Divisional Officer, Director of the Civil Cabinet at the Presidency of the Republic, Delegate-General for National Security), then Minister Delegate at the Presidency of the Republic in charge of Defense. Before leaving the government in March 2018, he was Minister of State for Transport. He held this post for 29 months.