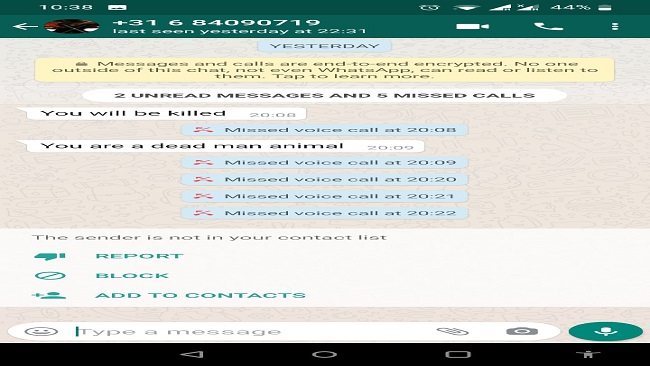 Swiss and Dutch police have opened a joint investigation into a murder threat against the Ambazonia Vice President, Dabney Yerima as the resistance against French Cameroun regional elections and school resumption heats up. And this was confirmed to Cameroon Concord News Group by an aide to the Vice President, who said he was officially informed of the threat by the Comrade Dabney Yerima.

We understand security has now being increased around the Ambazonian leader. The Vice President was in Switzerland when he started receiving threats from a telephone number he does not recognize. The Ambazonia Interim Government issued a statement late on Sunday stating that threat against the Vice President and any Southern Cameroons public official at this time was a cause for concern.

Reports have been circulating in Europe that the regime in Yaoundé has put a one million dollar “hit” on the head of Southern Cameroons Vice President.

Dabney Yerima told Southern Cameroonians at a recent protest march in Swiss that persons linked to the French Cameroun regime want to have him killed.

By Soter Tarh Agbaw-Ebai in Holland