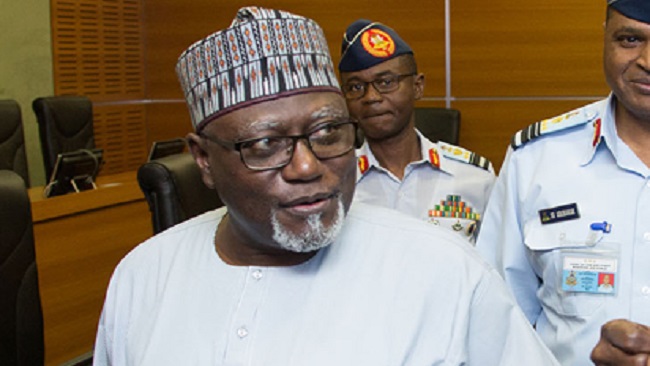 Two weeks after their arrest in Nigeria, Interim Government of the Federal Republic of Ambazonia have alleged that its leaders have been denied access to their lawyers and family members by the head of the DSS Lawal Daura. Ambazonian Secretary for Communication and IT, the Right Honorable Chris Anu, issued the alarm in a statement in Abuja.

The Interim Government hinted that the Buhari administration had no right to arrest their leaders since most of them were on refugee status in Nigeria. The statement noted:“The interim government of the Federal Republic of Ambazonia (the former British Southern Cameroon) notes with dismay the fact that since abducted at gunpoint on January 5, 2018, President Julius Tabe and 10 other members of his cabinet have not been granted access to any lawyers and family members by the Nigerian Government which we are now aware that in complicity with the Cameroon regime in Yaounde, engineered their abduction.

“We condemn vehemently, the fact that the Nigerian Government, more than a week after the abductions has not as much considered a press statement on the abductions even when the majority of those abducted are duly registered refugees in Nigeria. “Nigeria is a signatory to international conventions on human rights and to be acting recklessly as it is doing in this case is a breach of those conventions.”

By Kinsley Betek with files from the Nigerian Vanguard