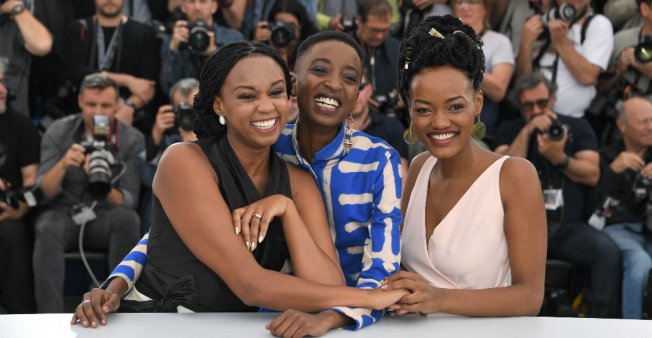 A Kenyan court on Friday overturned a ban on Wanuri Kahiu’s “Rafiki” – though for seven days only – allowing the film about a lesbian romance to be considered for the Academy Awards.

Kahiu brought the court action after the Kenya Film Classification Board banned Rafiki for “promoting lesbianism”, effectively barring it from the Oscars competition.

Judge Wlfrida Okwany ruled that Rafiki could now be shown to “willing adults only” for seven days, a minimum requirement for submitting feature films for the Academy Awards.

Okwany said that to maintain the ban would deprive Kahiu of “the fame, glory, exposure and opportunity that the Oscar nomination brings a film maker.

“The matter is not for determination on whether homosexuality is right or wrong, moral or immoral, but whether an artist or filmmaker can, in exercising his or her right to freedom of expression and artistic creativity, make a film depicting a gay theme.”

Rafiki made history this year by becoming the first Kenyan movie to be selected for the Cannes Film Festival. It featured in the “Un Certain Regard” category, earmarked for emerging directors or unexpected or marginal themes.

Kahiu now wants her film to have a shot at the Oscars in February. However, the award rules state that a film must “be first publicly exhibited for at least seven consecutive days in a commercial motion picture theatre for the profit of the producer and exhibitor” to enter the competition.

With the deadline of 30 September approaching Kahiu sought – and won – a court order in her favour.

Many applauded the court ruling allowing Rafiki to be shown in theatres, but some on social media noted that LGBT Kenyans continue to face harassment in an intensely homophobic culture.

Kenya has retained British colonial-era laws that make homosexuality illegal. The ruling comes as Kenyans await another potentially landmark ruling on the constitutionality of a law that punishes same-sex intercourse with up to 14 years in prison.

Ezekiel Mutua, the censorship board’s head and a self-described “fervent moral crusader”, banned the film “due to its homosexual theme and clear intent to promote lesbianism in Kenya contrary to the law.”

Mutua denounced Friday’s ruling, asking on Twitter: “What pleasure, pray, does a person of a sane mind find in watching girls having sex with other girls?”

It would be a tragedy and a shame to have homosexual films defining the Kenyan culture. That’s not who we are and homosexuality is not our way of life

The film does not include sex scenes, but the censorship board accused producers of changing the original script that was licensed for production, which they say didn’t have romantic scenes between the female actors.

The board released a statement saying that “it is a sad moment, not only to the film industry, but to all Kenyans who stand for morality, that a film that glorifies homosexuality is allowed to be the country’s new branding tool abroad.”

“Rafiki” – meaning “friend” in Kiswahili – is adapted from an award-winning story called “Jambula Tree” by Ugandan writer Monica Arac Nyeko. It tells the tale of two young women, daughters of rival politicians, who fall in love.