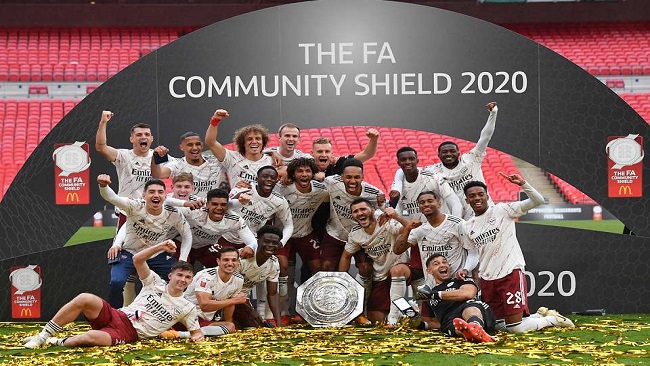 Arsenal have overcome Premier League champions Liverpool on penalties to secure the Community Shield after a 1-all draw at an empty Wembley Stadium.

Pierre-Emerick Aubameyang put the Gunners in front after just 12 minutes of play with a brilliant finish, following a sweeping move.

But, the Merseyside Reds got the equalizer after the break when Japanese striker Takumi Minamino slotted home in the 73rd minute to send the match into a penalty shootout.

Rhian Brewster missed his spot kick, allowing Aubameyang to step up and seal the victory for the Gunners as they clinched their 16th Community Shield trophy.

This is also the second time Arsenal have defeated Liverpool this year.