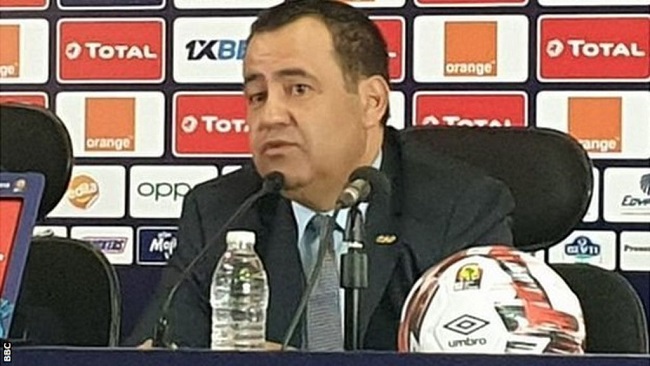 The General Secretary of the Confederation of African Football (CAF) Mouad Hajji resigned his post less than a year after he was confirmed in the role.

Despite the official reason being that he was quitting for personal reasons, he left at a time when the continent’s soccer governing body has been embroiled in crisis.

“The members have full confidence in Bah who has exhibited good qualities since joining CAF, particularly during the Total Africa Cup of Nations Egypt 2019.

B“ah assumes office immediately till the next meeting of the CAF Executive Committee. Meanwhile, he will continue to serve as Commercial director, a position he has occupied since June 2018,” an official statement read in part.

The now former General Secretary has previously served as a Moroccan government official. The trained dentist, took over last April from Amr Fahmy, who was sacked for submitting evidence to FIFA’s ethics committee about alleged misappropriation of funds by CAF president Ahmad Ahmad.

CAF has been in the news recently for all the wrong reasons. An independent review by Price Waterhouse Coopers into CAF operations found “potential elements of mismanagement” and “possible abuse of power” amidst concern about widespread use of cash payments.