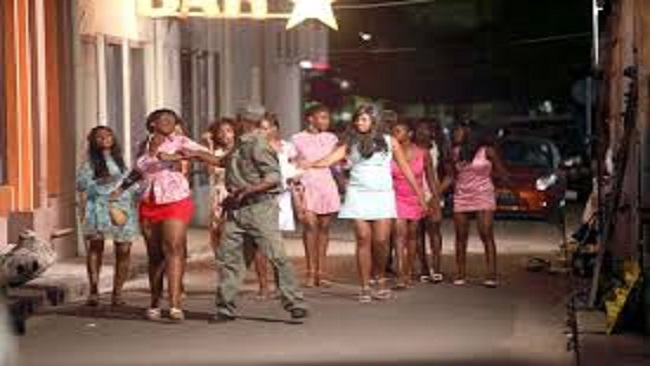 Forced into prostitution in Yaoundé: the nightmare of trying to survive in a divided Cameroon 0

It is estimated that tens of thousands of minors are involved in prostitution in Cameroon today. The phenomenon is on the rise and is becoming commonplace.

According to the Francophone dominated police sources, some prostitutes are in the grip of well-organised pimping networks.  Many minors prostitute themselves for economic reasons.

“I’ve been working the streets for 4 years. It all started when my mother fell ill. She had breast cancer and it required a lot of money for her care and there was no one to help us. I’m the oldest in the family, I sacrificed myself for her,” explains Nadia Kamga, now 17 years old.

Another young lady who accepted to speak to the media revealed that she lost her job. Unemployed, she could no longer feed her family and the bills were piling up,

“In the beginning, when I was 13, I discreetly met a married man. He was a neighbour from a wealthy neighbourhood and older than my father who was unemployed, nobody around me knew, we went out for two years,” the young lady noted, who maintains that she went voluntarily.

A Yaoundé police source maintains that tens of thousands of underage girls are prostituting themselves in the nation’s capital city.

“We see hundreds of them during patrols at night,” says the police officer.

At Mini Ferme and in the Obili district not far from the university campus many underage prostitutes who are students from struggling including displaced Southern Cameroonians teenagers have joined the prostitution ranks in Yaoundé.

“The arrival of hundreds of Southern Cameroons girls has contributed to a drop in daily income. Before, I could easily earn 15,000 CFA francs a day but today I barely have 5,000 CFA francs,” says Fanta, a 17-year-old prostitute from the northern region.

Fanta has a young child that she has to feed. “This child was conceived after a rape,” she says.

Prostitution is illegal in Cameroon. But since there is no government in the two Cameroons, the girls do not hide to entice their clients in the bars of the Mini-Ferme and Obili districts.

“My biggest client, whom I like very much, is a Senator,” says Fanta.

“At the beginning of the corona, people didn’t come here much anymore. But since it has calmed down, our customers are gradually coming back. They have understood that the coronavirus doesn’t prevent sex,” continues Nadia.

The bar and chicken parlour owners make good deals. Some girls rent rooms in Yaounde and pay for them over the year or several months in advance and some of the girls are now accepting electronic payments from Orange or MTN operators.

The prostitution of minors has gone digital. Indeed, on the web, one can see dozens of ads that suggestively highlight the attributes of underage prostitutes.

By Rita Akana with files from Koaci