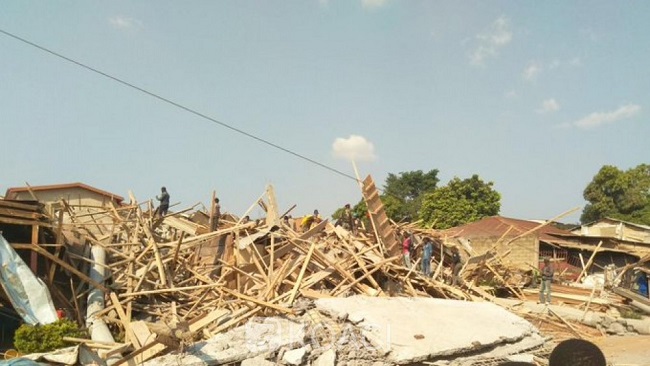 Four people died and another 12 were seriously injured when a building under construction collapsed in the Cameroon capital Yaounde, authorities said Sunday, adding that the death toll could rise.

Three were killed on the spot, while the fourth died in hospital following the accident on Friday, said defence ministry spokesman Cyrille Serge Atonfack Guemo.

The injured were in intensive care, he added in a statement.

The three-day search for survivors has ended, but clearing work could uncover more victims, Guemo said.

The main support pillars of the three-storey building under construction “gave way… causing a vertical and total collapse,” the statement said.

Authorities in the central African country have launched an investigation into the disaster, it said.