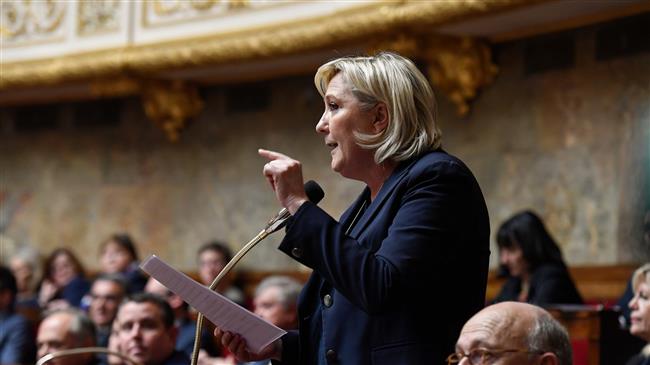 A judicial source said Thursday that Le Pen was being investigated over suspicions of disseminating violent images.

The investigation comes as Le Pen prepares to present her plans for a restructuring of her National Front party in its annual congress next week. Le Pen lost to Emmanuel Macron during last year’s presidential election despite huge anticipations for her victory.

The probe is not expected to cost Le Pen her popularity among National Front loyalists although it could further affect her approval rating among the public.

Le Pen, who had described the investigation in its earlier stages as a “political interference,” said Thursday the probe was a sign the political establishment was trying to silence her.

“If they are trying to silence me, they will not succeed,” she said.

Le Pen and her party face other investigations into their financial conduct. In one case, the National Front is accused of paying parliamentary assistants from the European Union funds. There is also a probe into how the party has financed the past election campaigns.

Under the French judicial law, if a person is placed under formal investigation, like the one Le Pen is involved in over Daesh tweets, the person could be sent to trial. If Le Pen is convicted of the charges, she could face a maximum sentence of several years in jail and a 75,000 euro fine.