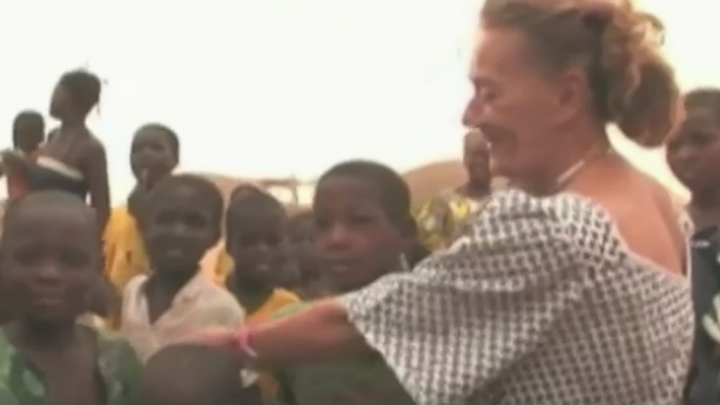 An agency that monitors jihadist websites says al Qaeda’s Mali branch has released a video of two hostages, including French aid worker Sophie Pétronin, who was abducted in late 2016.

Pétronin, 75, was abducted in late 2016 by armed men in the northern Malian town of Gao, where she ran an organisation for malnourished children. Narvaez was seized near Mali’s border with Burkina Faso in February 2017. The footage shows the two women together, with Narvaez providing care to Pétronin.

SITE says Pétronin addresses her son and expresses a wish to reunite with her family. She then addresses French President Emmanuel Macron, stating that the footage was recorded on June 7.

Narvaez addresses Pope Francis, asking him to intervene on behalf of the sick Pétronin. In January, the insurgents released a video of Narvaez, with an extremist narrating an appeal for the payment of her release. Pétronin appeared in videos released in March of this year and in July 2017.

In 2012, Mali’s north fell under the control of jihadist groups linked to al Qaeda who exploited an ethnic Tuareg-led rebel uprising, though the Islamists were largely ousted by a French-led military operation in January 2013.

Since then, jihadists have continued to mount numerous attacks on civilians and the army, as well as on French and UN forces stationed there.