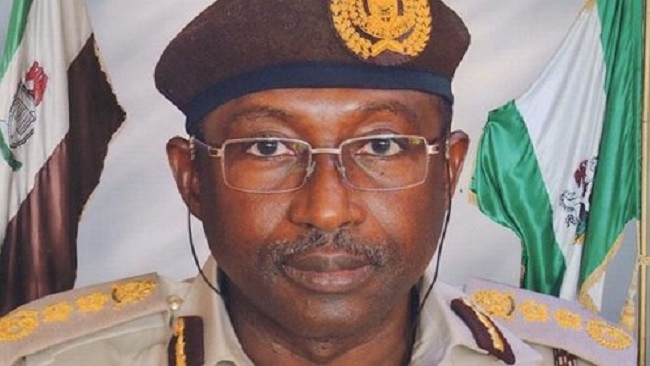 The NIS Border Patrol Officers at Yala Border Patrol base in Cross River State arrested a Camerounian while carrying out routine check to forestall Irregular migration across the border in view of the closure of borders by the Federal Government to curb further spread of Covid-19.

While briefing the Comptroller General of Nigeria Immigration Service Muhammad Babandede MFR, the Comptroller of Cross River Command Okey Ezugwu, stated that the Camerounian by name Kouaha Dieudonne, Male, 42yrs old was apprehended with multiple passports of different countries which are not his own, two(2) passports a Camerounian and Guinea-Bissau passports bearing his name and other five(5) Nigerian passports belonging to other persons were found in his possession.

The Comptroller General of Nigeria Immigration Service Muhammad Babandede MFR has ordered for thorough investigation and report on the arrest, while commending the Comptroller of the Cross River Command and the Officers at Yala Border Patrol for a job welldone and display of professionalism, shunning inducement to effect the arrest. The arrested migrant will be prosecuted after necessary charges are established for his prosecution in line with Immigration law.