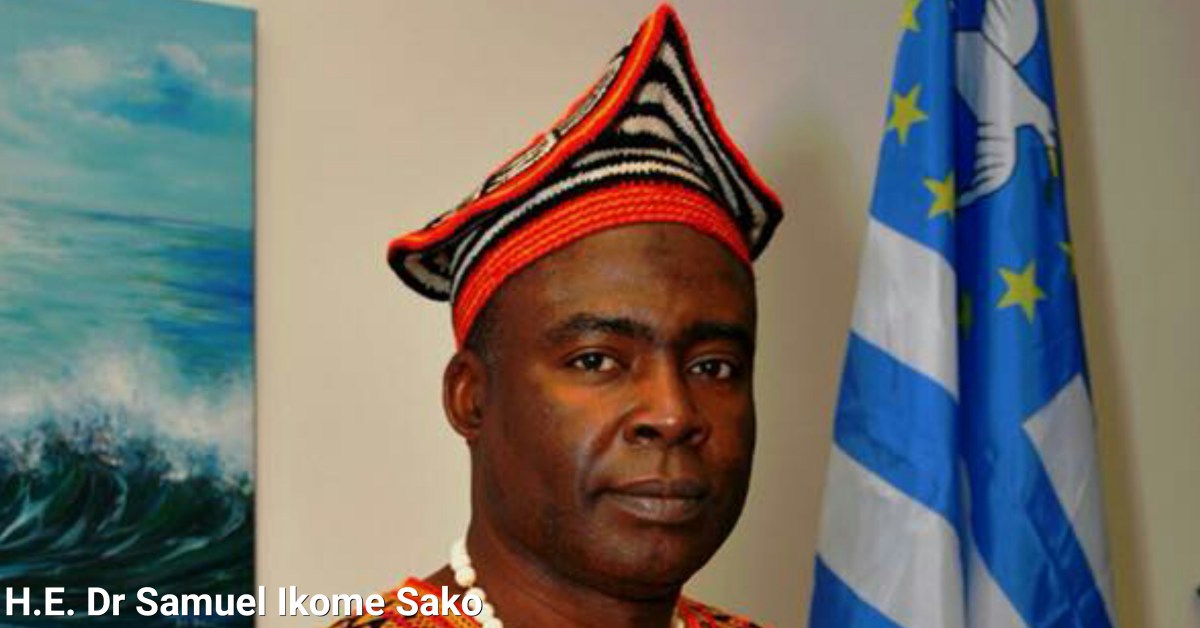 Acting President Ikome Sako of the Federal Republic of Ambazonia says the French Cameroun regime has failed to achieve any goals from its more than 2 years military campaign on conflict-ridden Southern Cameroons.

“We have effectively denied our adversaries the military victory they promised their western Masters! We have convinced all that Biya cannot retain Ambazonia by use of force any more. Hence the new solution: “Dialogue without precondition”.  President Sako noted recently in the US.

The Ambazonian Acting President further pointed out that the French Cameroun assaults on Batibo, Nkambe, Bali, Kembong and Ekok were meant to break the will of the Southern Cameroons nation and restoration forces, but instead increased their resilience and steadfastness.

Dr Ikome Sako noted that “From UN to USA, From Uk Parliament to Germany’s Bundestag, From the Scandinavia to Switzerland, the ultimatums are raining on Biya. Those who love this revolution should actively shame all demagogies against the IG and fearlessly defend it against destructive lies.”

He stated that Biya and his gang of inexperienced French Cameroun political elites rushed to launch a military campaign against Southern Cameroonians because they knew their claims of a one and indivisible Cameroon was plain fiction and groundless.