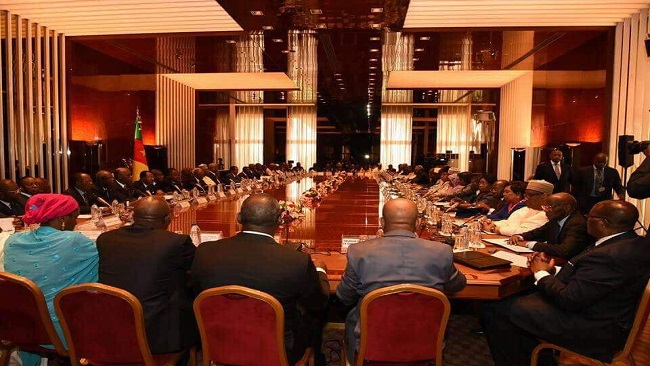 French Cameroun authorities have banned all demonstrations in the nation’s capital Yaoundé. According to a press release detailing the order, the governor of the Centre Region, Naseri Paul Bea stated that the aim is to prevent disturbances of public order.

The Biya regime decision comes as MRC leader Maurice Kamto announced a general protest to call for the departure of President Biya.

In a recent communication, Paul Atanga Nji the Minister of Territorial Administration also warned “unscrupulous politicians in search of a hypothetical notoriety, against any agenda aimed at disturbing the peace of Cameroonians, before, during and after the election of regional councillors“.

“All troublemakers, whoever they are will be accountable for their actions before the courts,” Paul Atanga Nji added.

The main opposition leader of Cameroon, Maurice Kamto, called for a general mobilization on September 22 to push for the departure of the president, Paul Biya, a day after he approved December 6 as the date for the holding of the first regional elections in the country.

Kamto’s Movement for the Renaissance of Cameroon (CRM) has pointed out that the protests have been called at the national level, after the opposition warned against the call for elections without a ceasefire in the Anglophone majority regions, the scene of a conflict for several years.

Thus, the spokesman for Kamto, Olivier Bibou Nissack, stressed that September 22 will be the day of the “revolution in Cameroon” Paul Biya must go, he added.

The date chosen coincides with the one that, three years ago, marked the beginning of peaceful demonstrations in the two regions with an English-speaking majority to demand reforms in the face of what the population denounced as a situation of discrimination in the country.

By Rita Akana and Fon Lawrence