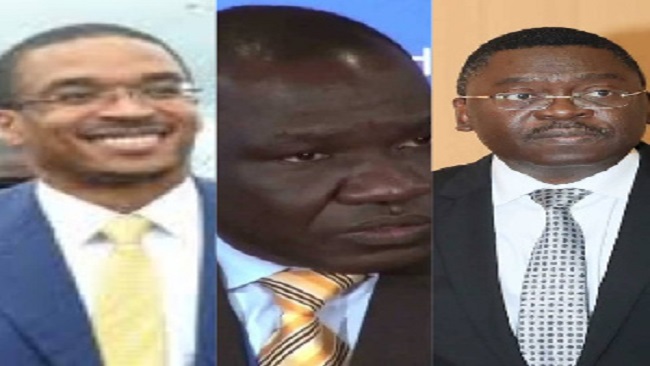 French Cameroun on the verge of a civil war 0

La Republique du Cameroun is evidently on the verge of a civil war, more likely a tribal war, instigated by the Beti, Bulu and Ewondo tribes of the Central and South Regions. The President of the Movement for the Renaissance of Cameroon Prof Maurice Kamto has invited all political entities including the diaspora to pool their efforts to oust the 87 year old President Paul Biya.

Beti Ewondo servicemen and women, armed Bulu militias’ including senior army officers all backing President Biya are ready to stage attacks against the Bamilekes who are pushing for change in Etoudi.

Yaoundé inhabitants are reportedly preparing for a nightmare scenario as they believe there is the prospect that Biya loyalists will fight to hold on to power and will refuse to accept any outcome that will keep the ruling CPDM party out of government.

Biya and his kinsmen are also preparing for the anticipated fight and the regime is doing everything to intimidate the population of the capital city with regular fake bomb alerts.

Prof Maurice Kamto has blamed the fighting in Southern Cameroons on the Biya regime and he is also pressing the government to reform the electoral law that has legalized electoral fraud, voter suppression, irregularities, late ballots and long lines at the polls which are problems often manufactured by ELECAM the French Cameroun body responsible for organizing elections run by persons appointed by President Biya.

Ever since the 1988 Kaki and Green parliamentary elections, the ruling CPDM crime syndicate has excelled at rigging their own internal elections for the party’s favorites and National Chairman Paul Biya by suppressing and targeting potential challengers. The late Ayissi Mvodo, Prof Titus Edzoa and Albert Nzongang have all been victims.

The situation in French Cameroun has become very complicated. To be sure, what is different in this recent appeal by Prof Kamto is that the Beti Bulu Ewondo political and military elites, who usually work overtime to suppress citizens from other ethnic extraction on election days, now have a president whose end is looming!

A likely outcome is that there might be a major split in the French Cameroun army if someone from the Biya family is chosen to succeed the 87 year old dictator.  Both sides of the French Cameroun divide are “Frenching” up in Paris for an epic fight.

Conditions in French Cameroun are dire now. La Republique du Cameroun is on the verge of a civil war, more likely a tribal war. Even if Biya agrees to step outside, such a war might still be in the offing, as some CPDM hardliners have been hungering for such a war against the Bamilekes for decades and the emergence of Prof Kamto and Biya’s imminent departure has green lighted the plan.