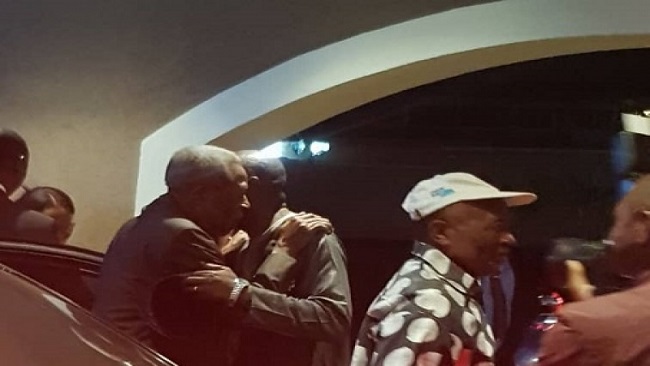 The President of the so-called House of Senate has finally returned to Cameroon. Marcel Niat Njifenji arrived the Nsimalen International airport on the night of January 27, 2020 from Switzerland.

Cameroon Intelligence Report sources hinted that physicians specialized in the treatment of leukaemia examined the ailing French Cameroun leader Niat Njifenji during his long stay in Geneva to determine whether he was suffering from blood disorder.

And for the first time, a very flippant but reliable source at the Cameroon embassy in Switzerland revealed it is likely the constitutional successor of President Biya is suffering from leukaemia.

Hon. Niat (85) has been sick for years and “blood tests have shown he has a low platelet count – a symptom of leukaemia or other cancers” our source at the Cameroon embassy revealed.

A French Cameroun official at the hospital which specializes in blood disorders that hosted Mr Niat said the Senator and his family were moving towards the end of his illness.

Niat did not participate in the parliamentary session in November 2019. To be sure, the Biya acolyte was represented by the first vice-president of the Upper House, Aboubakary Abdoulaye.

The ailing Senate boss was even forced in October 2018, to vote for the presidential election at the Cameroon embassy in Paris, France.