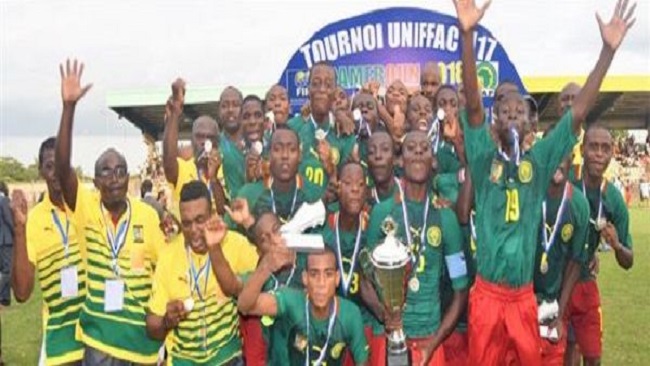 Host Cameroon was crowned champions of the Central African Football Federations’ Union (UNIFFAC) after beating DR Congo 1-0 in the final on Thursday (12 April 2018) in Yaounde.

The side guided by Thomas Libiih, a former Cameroonian midfielder, got the only goal courtesy Moctar Oumate in the 36th minute. Well-placed in the defence of the Congolese, Oumate made the most of an assist from Joel Awono Amah, firing past a hapless DR Congo goalkeeper Nsingui Bakutu Nahan.

The Congolese launched onslaughts for the equalizer, but the homers held on to claim victory. At the group stage, DR Congo beat neighbours Congo (3-2), followed by another victory over Central African Republic (1-0), and also Chad (1-0) at the semis.

On the other hand, Cameroon settled for a 1-1 draw with Chad and beat Sao Tome e Principe 2-1 to book their place at the last four, where they edged Congo 1-0.

In the third place, Congo beat Chad 2-0. The tournament served a preparatory test for the teams in the region ahead of the zonal qualifier for the Total U-17 Africa Cup of Nations Tanzania 2019 scheduled for DR Congo in August.