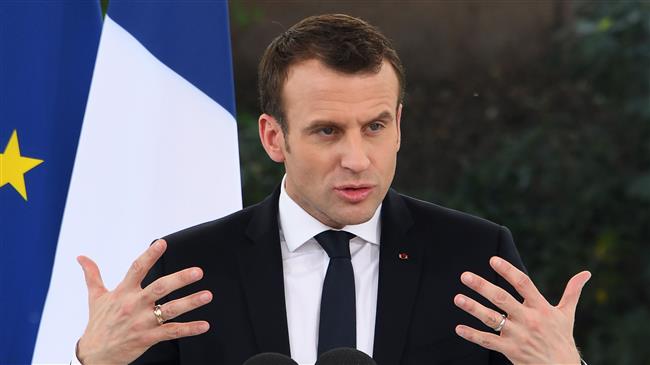 French President Emmanuel Macron said a new vision of Africa that reflects the continent’s vitality is necessary to tackle Europe’s migration crisis in an exclusive interview Wednesday with FRANCE 24-RFI in Nigeria.

Capping a two-nation Africa tour that included an African Union summit in Mauritania and a visit to Nigeria, Macron called for a comprehensive rethink of the migration crisis that has seen millions risk their lives in recent years to reach Europe.

“Let’s look lucidly at this subject of migration. The very poor do not leave their country, they are the middle classes of emerging economies that are passing through Libya today,” said Macron, referring to the dangerous Mediterranean routes from Africa to Europe. “An overwhelming majority of those who go to sea after months, years of wandering, suffering, where do they come from? Nigeria, Senegal, Ivory Coast, Guinea. Are these countries doing less well than they were ten years ago? No. And so we have a youth who believe there is no hope in their countries.3

Speaking to Claudy Siar of FRANCE 24’s sister radio station RFI in the southern Nigerian city of Lagos, Macron admitted that migration is “one of the greatest political challenges today and the next few years because it will not stop.”

As German Chancellor Angela Merkel evaded a political crisis by striking a deal this week with her Bavarian allies to limit migrant entries, Macron noted that the issue had “plunged Europe into a moral and political crisis and it is born, it must be said, of an African crisis.”

Paying respects at ‘The Shrine’ nightclub

Macron’s interview came at the end of a three-day African tour that saw the 41-year-old French president inaugurate a cultural centre at the Alliance Française in the Nigerian commercial capital of Lagos on Wednesday.

The previous night, Macron made an unconventional stop, for a visiting head-of-state, at the New Afrika Shrine, an iconic nightclub founded by the Nigerian music legend Fela Kuti.

Speaking to Siar at the Lagos Alliance Française, Macron noted that his Africa visit was not just about “big defence contacts, big mining and commercial contacts,” but also about “the ecosystem of economic and development and how to involve civil society”.

Not a land of ‘worry, immigration and terrorism’

Calling for a contemporary vision of Africa in France, Macron noted that most French people had a vision of the continent from the archaeological finds and artworks in museums and private collections. “But that is not the Africa of today,” he said, noting that the majority of French people knew little about the youth of Africa and the young artists, writers and filmmakers that made the continent a vibrant place.

As a university student, Macron did an internship in Nigeria and the Ivory Coast, a stint that familiarised him with the vibrant West African cultural scene.

The New Afrika Shrine, he noted, was familiar terrain. “I went several times to the Shrine and some other iconic places of Nigerian culture, of the Afrobeat,” he said. “I experienced even more furious evenings there than yesterday,” he joked. When questioned further, he added, “Well, look, they slightly arranged things. But there’s an energy, tremendous energy and still this strength, this vitality of a tremendous cultural project.”

That image and discourse of vitality, Macron suggested, was critical to change the vision of Africa inside the continent as well as for the African diaspora in Europe. “Yesterday at the Shrine, I seemed like the middle-aged man. If you see the artists, they’re very young. We don’t have to give the youth their place, they’ve already taken it.” That, said Macron, was essential for a fundamental rethink on both sides of the Mediterranean. “The first thing is that France should have is a different view of Africa, that Africa is not viewed as a land of worry, immigration and terrorism, but a land of vitality, of culture.”