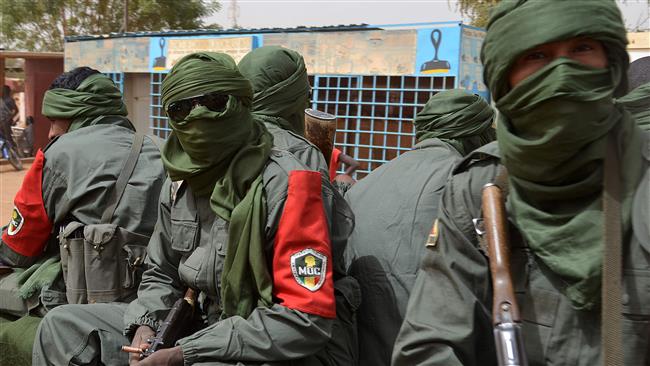 A statement by the armed forces posted on social media on Sunday said the attack that took place earlier in the day in Menaka targeted soldiers and national guard members.

It said the attacker was “destroyed” as he was trying to detonate his explosives near the army and guard post.

Other military sources denied reports that more than one person were behind the attack, adding that the armed forces were now “in control of the situation”.

Military helicopters operated by France, the most dominant foreign force in Mali, were hovering above the area, the sources said.

The attack was the second to rock Mali’s troubled north in the weekend. On Saturday, militants blitzed the Soumpi military camp, took control of it and killed 14 soldiers. Another 18 were wounded in the attack which came near Timbuktu, about 800 kilometers (500 miles) east of Menaka.

France, the former colonizing power in Mali, led a massive military operation in early 2013 to push back militants linked to al-Qaeda from the desert region. However, attacks have continued unabated on domestic and foreign forces since then while civilians living in central Mali have also been affected. A total of 26 people, including women and infants, were killed Thursday after their vehicle drove over a landmine in Boni, located outside of the desert region.

President Ibrahim Boubacar Keita deplored the attack which left a high civilian death toll. “All of Mali was in mourning, all of Mali is appalled,” said Keita while visiting the region instead of attending a planned regional summit.