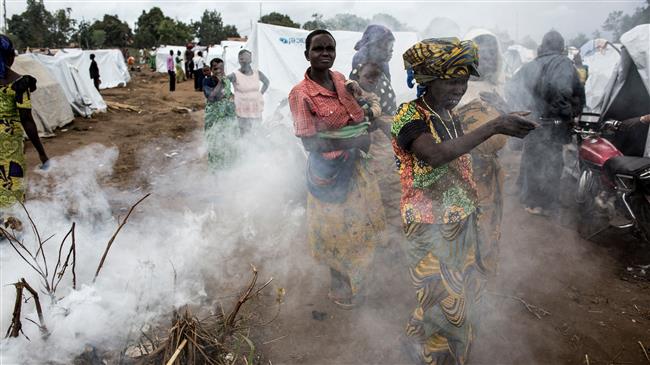 A fresh flare-up of ethnic violence has claimed the lives of at least 49 people in the Democratic Republic of the Congo’s Ituri province.

The murders took place overnight in the village of Maze, some 80 kilometers (50 miles) north of Bunia, the capital of the northeastern province of Ituri, which has been wracked by conflict between the Hema and Lendu communities, the government said on Friday.

Alfred Ndrabu Buju from international Catholic charity Caritas said, “We have counted 49 bodies and are still searching for other bodies.”

“A child was admitted this morning in Drodro general hospital, with an arrow in his head,” Buju added.

“The provincial governor is on his way to the site of the killings,” Mova said.

Witnesses said the assailants were members of the Lendu community.

“The attackers went into the village and committed a real massacre,” said local activist Banza Charite.

More than 28,000 of the displaced have crossed the border into Uganda in recent weeks, according to UN figures, most of them women and children, reporting horrific stories of violence.

Tensions between the Hema cattle herders and Lendu farmers have largely laid dormant since a 1998-2003 war, which claimed the lives of thousands, but have flared again in recent months because of disputes over land.

The United Nations said earlier this year it would seek more than $1.5 billion to respond to the worsening humanitarian crisis in the Democratic Republic of the Congo, warning the violence-torn country was at a “breaking point.”