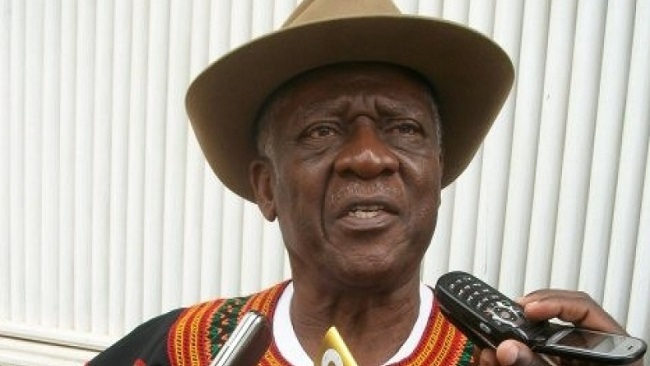 The leader of the Social Democratic Front (SDF), Ni John Fru Ndi has announced his decision not to contest the 2018 presidential elections, which according to the ruling CPDM crime syndicate should be held between the 14th of September and the 14th of October.

The 77 year old Southern Cameroonian who is also the founder and current chairman of the SDF, the so-called second-largest force in the National Assembly added that he intends to remain the head of the Social Democratic Front.

Three senior members of the SDF have so far made public their intention to run for the presidency and they include, Joshua Osih, Joseph Mba-Ndam and Tchinda Forbi. John Fru was a candidate in the presidential elections in 1992 and 2011.

By Fru James in Bamenda