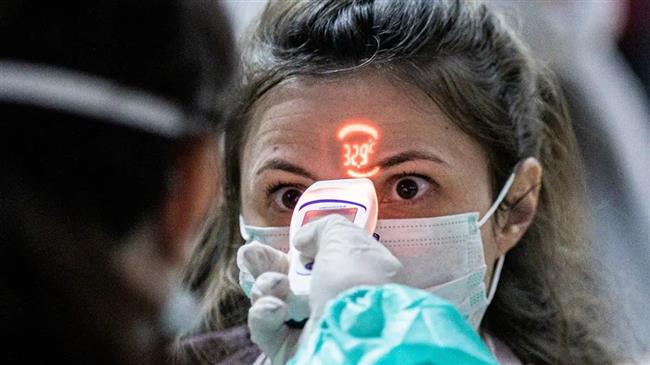 The number of people infected with the novel coronavirus in the world has risen to more than two million, out of whom over 130,000 have died, but experts believe the figures understate the true toll of the contagion.

The death toll and number of infections have roughly doubled in 13 days and continue to grow steadily.

Some European countries like Germany think they have passed the peak of the disease and begin to take careful steps to lift restrictions imposed to slow the virus.

German Chancellor Angela Merkel on Wednesday announced first steps in undoing coronavirus lockdowns for the coming weeks, with most shops allowed to open although schools must stay closed until May 4.

Shops up to 800 square meters will be allowed to reopen once they have “plans to maintain hygiene”, Merkel said, while schools will gradually reopen with priority given to pupils about to take exams.

However, outbreaks in many parts of the world are still considered far from their peaks.

In India, Prime Minister Narendra Modi has extended a nationwide lockdown for nearly three more weeks. The decision is going to leave more than one billion people under severe restrictions.

Deaths from thepandemic in Italy rose by 578 on Wednesday, down from 602 the day before, while the number of new cases slowed to 2,667 from a previous 2,972, continuing the recent downward trend.The number of new cases was the lowest since March 13, but the daily tally of deaths remains stubbornly high.

In France, the death toll increased to 17,000 on Wednesday, but the total number currently hospitalized fell for the first time since the epidemic began.

Meanwhile, nearly 700 sailors assigned to the French aircraft carrier Charles de Gaulle’s naval group tested positive for the coronavirus. The country’s armed forces ministry said on Wednesday 1,767 mariners, nearly all from the Charles de Gaulle itself, had been tested and results showed at least 668 to be infected with the new coronavirus.

In the United Kingdom, the number of people who have died in hospitals from the coronavirus has risen to 12,868, according to Health Ministry figures.

The United States marked a record 2,569 coronavirus deaths in the past 24 hours, the heaviest daily toll recorded by the country since the outbreak first began, according to a tally by Johns Hopkins University.

In the US, the lack of testing capacity has emerged as a signature failure of the Trump administration’s response and now threatens to hamper efforts across the country to plan for an eventual reopening of the economy, the New York Times reports.

Turkey confirmed 115 more deaths from the novel coronavirus in the country over the past 24 hours, bringing the death toll to 1,518.The total number of registered coronavirus cases surged to 69,392 as 4,281 more people tested positive for the virus, Health Minister FahrettinKoca said on Twitter.

Libya’s internationally-recognized government, in the west, imposed a curfew for 10 days effective from Friday, April 17, the Tripoli-based Government of National Accord (GNA) said in a statement. Libya’s National center for disease control reported 36 cases of coronavirus in Libya and only one death.

More than 500,000 people have recovered from the coronavirus globally, according to the US-based Johns Hopkins University.

China has the highest number of recovered people with 78,282.

However, experts believe the real numbers of infections and deaths are much higher than the official figures suggest, and the official numbers are just bleak markets that understate the true spread of the disease, mainly because of a lack of testing and the extent to which different countries test their citizens.