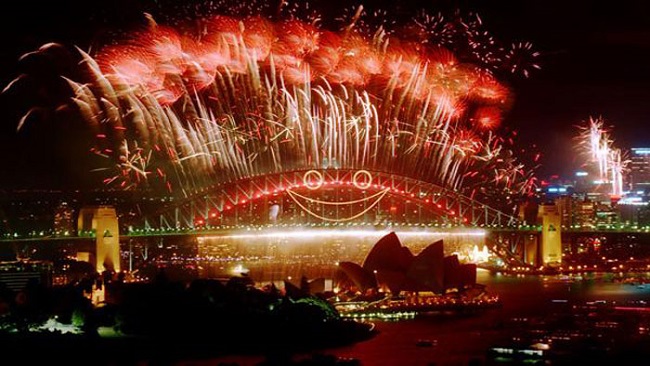 How Yaounde and millions around the world welcome 2018 0

In Berlin, special tents were set up at the Brandenburg Gate to care for women victims of sexual harassment or those who feel threatened, following mass assaults on women in Cologne two years ago.

In Cologne itself, 1,400 police were being mobilised, street lighting improved and more video cameras installed.

As the midnight chimes neared in western Europe, Dubai had already moved into 2018, celebrating with a laser show on the world´s tallest tower, the 828-metre (2,716-foot) Burj Khalifa.

Moscow was likewise into a new year and a new day with major boulevards and 36 key sites decked out.

In Africa, Cameroon President Paul Biya used the occasion to remind his citizens of their “duty” to “maintain republican order” as well as “social peace and national unity” amid unrest in Anglophone regions.

“I am determined to do everything possible to strengthen our unity, regain our cohesion,” he said. “Cohesion is my ambition for Gabon”.

In the Americas the countdown continued, meanwhile. In Brazil´s party capital Rio millions were to gather on Copacabana beach to watch the fireworks, with many wearing white, the traditional colour to usher in the new year.

Despite the joyous mood among those enjoying the party fun, stricter security has been a key focus amid fears that crowds could be targets for vehicle and other terror attacks.

In Australia, the stronger police presence included some officers carrying semi-automatic rifles in Sydney and bollards used as barriers against vehicles.

Earlier in December one man was killed and more than a dozen hurt when a man ploughed a car into a crowd of pedestrians in Melbourne.

Other cities are also on alert following deadly vehicle assaults over the past two years in Barcelona, Nice and London.

New York´s Times Square celebrations are set to go ahead despite the Arctic chill gripping much of the central and northeastern United States and Canada.

But revellers there will be guarded by the strongest security presence in years, after two recent attacks apparently inspired by the Islamic State group.

IS´s defeat in Iraq and Syria was one of the key stories this year, but the jihadists remain a threat and numerous attacks around the world were claimed by them or Al-Qaeda-linked groups.

Donald Trump stole the news spotlight after making his debut as US President in January 2017, with his “America first” policies and a bombastic personal style that has shaken up international diplomacy.

Political and diplomatic earthquakes set to rumble into 2018 include the crisis in the Middle East between Saudi Arabia and its allies against Qatar, and the humanitarian disaster in Yemen. In Europe, further talks on Brexit will help shape the region´s future trade relationship while Russia is set to host the football World Cup amid frictions with the West.

Culled from The News.com