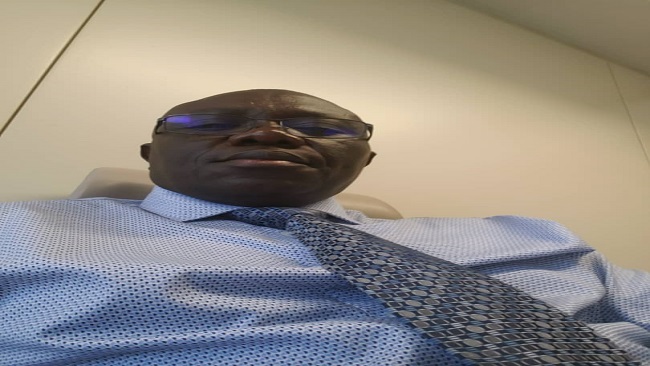 In which part of the world does a man stay in his palace without campaigning, but wins an election by a landslide? 0

I have been at a loss for words for close to two weeks because of the electoral malpractice in Cameroon. But it appears I am finally getting back my writing flair. While my pen took a little break, I have been reflecting on a few things about life and one thing that keeps popping up in my mind is that Cameroonians blame everybody for their ill-luck except themselves.

However, I have come to a few conclusions. Biya is not to blame for the country’s misfortunes. The people are to blame, especially French-speaking Cameroonians. Nobody is born a dictator. Dictators are made and they are made by their own people.

In which part of the world does a man stay in his palace without campaigning, but wins an election by a landslide? It seems to me that we are still living in the Stalinist epoch. How can a man who has sent soldiers to a particular region of the country for them to slaughter thousands of innocent people still win an election with an overwhelming majority?

I am sure many experts of sophism will be prompt to provide an answer for this unsettling situation, but I will always advise them that there is something immoral and unethical in the entire election process in Cameroon.

In my view, what we have learned so far is that Cameroonians are angry, but lack the courage of their conviction. The election has brought more pain to them than joy. They are suffering, but are too scared to express their minds and constitutional right. They had been made to feel that they could exercise their citizenship and that their votes will count. But we now know that those who vote are not those who count, but those who count the votes are those who count.

I would however like to spare Southern Cameroonians some flak with regard to this election. They had said there would be no election in their part of the country and that came to pass although the regime tried to put up its own show which has become a lightning rod for controversy across the globe today.

Many tongues are wagging as to why a people who had fled their territory due to military violence could come back to vote for a ruling party that has been encouraging the soldiers to kill them.  The government seems to think that Southern Cameroonians are suffering from the Stockholm syndrome. I don’t see many Southern Cameroonians forgiving so soon.

They cannot be loving their killers when the wounds are just so fresh in their minds. These people, my people, have gone through a lot and it will take a generation for them to forgive these unnecessary killings that could have been avoided if the calls for dialogue had been heeded by the Yaounde regime.

Many Francophones have been arguing that from the beginning the process had been rigged. ELECAM, in their minds, had been designed to play in favor of one person. The Constitutional Council, they say, had been set up to “crown the king.” Of course, we all played spectator to this comedy in the Constitutional Council, but I must point out that I was neither impressed nor deceived by that tragi-comedy.

That appointment gave him a new lease on life. Nobody in their right mind could have expected Mr. Atangana and the other members of the Constitutional Council who are also members of the ruling party to act otherwise. At least, not Florence Arrey who is related to Laurent Esso or Foumane Akame whose wife is a ruling party parliamentarian.

But Cameroonians, I mean Francophones, still had a trump card. It is their constitutional right to protest when their government takes an unpopular decision. This is right is enshrined in the country’s constitution. Protests are not synonymous with wars, except the government decides to transform such a good citizen approach to problem-solving as it has done in the two English-speaking regions of the country.

But the locations of these protests seem to be favorable to the angry, but emasculated Francophone population. Yaounde and Douala are ideal. Yaounde is the political capital, while Douala is the country’s economic nerve center. With all the embassies, diplomats and international NGOs in Yaounde, the government could not have opened fire on peaceful demonstrators. If the government decides to resort to a Stalinist approach to solving problems in Douala, then it has opted to see the struggling economy go into a coma.

Francophones have wasted their trump card. Their cowardice, which is usually disguised behind sophism, has robbed them of a unique opportunity. The government is already bogged down in the two English-speaking regions of the country and Boko Haram is bombing northerners out of existence in the northern part of the country. It will be preposterous of it to open new war fronts in Yaounde and Douala. This will look more like shooting oneself in the foot.

But all is not lost. Kamto is still your president. There is some hope on the horizon. He has promised to contest those results using all the means available to him, including taking to the streets. Francophones who have the courage must listen to him. Cameroon belongs to all of you. If the country’s institutions cannot help make your dream come true, then you must use that last card that the constitution has given to you. You know what it is. It is enshrined in your constitution. Kamto is a legal mind and you must listen to him if you really think of reversing the catastrophe that has befallen your country.

Biya is not to blame. You are to blame. In his shoes I would act the same way if I were faced with cowards. You, Francophones, have not understood that dictators only understand one language – the people’s rage. Look into the mirror of history and you will find many examples. Poland, Burkina Faso, Tunisia, and others are yours to remember.

The choice is yours. If you want your children to have a better future, you must take the appropriate measures and actions. I will underscore that Mr. Biya is not the issue. Mr. Biya is simply leading a system. If you think if he is taken away your problems will be over, then you are totally mistaken.

Mr. Biya is not to blame, you and the people around him are to blame. You must fight for your rights. Your rights will never be given to you on a platter of gold. It is human nature to control others, but it is up to the people to put an end to the excessive control that robs the population of its happiness.

The people have many tools. It is up to them to use that which will deliver the desired results. In Cameroon, elections will never work. The institutions are more of talking workshops for ruling party members. If you want to wait for common sense to prevail, then yours will be a kingdom of sorrows.

The issue is, you don’t want to hold your government accountable, but you keep on bothering struggling Cameroonians who are living abroad. It is the responsibility of your government to take care of you and not people who are struggling to eke out a living abroad. Put this in your pipe and smoke, and you will find a reason to join Prof. Kamto on his long walk to the Unity Palace. I am just thinking aloud!