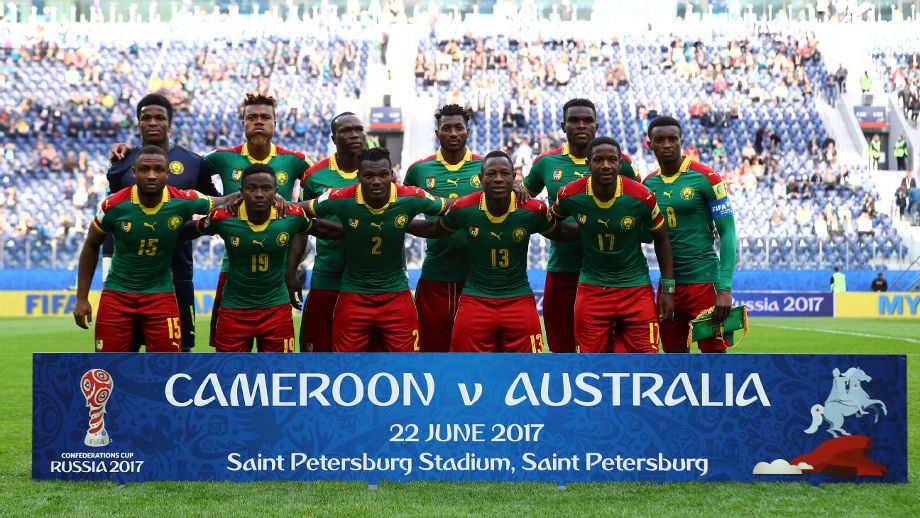 Alexandre Belinga may only be holding the reins of the Cameroon national side on an interim basis, but this wise old head of the national game appears keen to reshape the squad as the 2019 African Cup of Nations approaches.

The Central African nation are hosting the event and will also enter as holders after pipping Egypt to the continental crown in Gabon in 2017.

However, a disappointing Confederations Cup campaign, failure to reach the World Cup, and the dismissal of AFCON-winning coach Hugo Broos has plunged the nation into disarray, only a year from their hosting Africa’s footballing showpiece.

The 56-year-old Belinga, who represented Tonnerre Yaounde as a player and was part of the national team’s staff under both Volker Finke and Broos, was a sensible choice for interim coach considering his extensive experience with Cameroonian football,

However, the new man doesn’t appear happy just to keep the Lions ticking over.

Instead, even though FECAFOOT are actively seeking his replacement, he appears keen to reshape this Lions squad, at least if his squad list for their upcoming friendly against Burkina Faso is anything to go by.

For his first squad announcement, ahead of the friendly against Kuwait in March, Belinga sought to bring some of the players exiled during Broos’s tenure back into the fold.

Duly, Carlos Kameni, Eric-Maxim Choupo-Moting and Allan Nyom were all handed recalls, with Vincent Aboubakar and Christian Bassogog (twice) scoring in a 3-1 victory.

However, the Kuwait game wasn’t merely an opportunity to welcome some familiar old faces back to the fold.

Belinga also handed a debut to 25-year-old Strasbourg striker Stephane Bahoken – a former France U-20 international – with the striker arriving as the new figurehead of what looks set to be a significant recruitment drive ahead of the AFCON.

In the interim coach’s latest squad, ahead of the May 27 friendly against Burkina Faso in Paris, there are more returnees and a few new faces who have an ideal opportunity to make a big impression before next summer’s jamboree.

Edgar Salli is the most high-profile returnee.

He’s never been the most glamorous player, admired more for his shuttling runs and his energy rather than his flair or output in the final third, but his versatility and dynamism make him a valuable addition to the squad.

The diminutive wideman was part of the AFCON-winning squad, and also represented Cameroon at the 2014 World Cup, and he deserves his recall after a series of fine displays as Nurnberg secured Bundesliga promotion.

Ambroise Oyongo also makes his return and ought to slot straight back into the starting XI ahead of the challenges to come.

The full-back wasn’t discarded by Broos, but hasn’t featured for the national side since before the Confederations Cup, when he was laid out with a knee injury that saw him sidelined for the rest of 2017.

He nonetheless secured a January move to Montpellier, and has steadily continued his rehabilitation in France, making three Ligue 1 outings in May.

The 26-year-old has the potential to be one of Africa’s best lateral defenders, and his return represents a major boost for the Lions.

Should Belinga opt to move Oyongo over to the right, he would leave a place for Fabrice Gael Ngah, a revelation with CAF Champions League surprise package Difaa El Jadida, on the left.

The youngster was handed his first call-up to the senior squad by the interim boss against Kuwait, and appears primed for an AFCON berth.

Elsewhere, Bahoken has kept his spot, and joins an attacking unit that contains Karl Toko Ekambi, who received the Marc Vivien Foe Prix for the best African player in Ligue 1 last week.

While Toko Ekambi has been with the national side since 2015, and was an AFCON winner, there’s a sense that he hasn’t truly shown his best form for the Lions, averaging just over a goal every 10 games since making his debut!

He’s been a player transformed for Angers this season, however, contributing six assists and netting 17 goals (40% of the club’s total) as they steered clear of the dropzone.

Alongside Bassogog, Aboubakar, captain Benjamin Moukandjo and another familiar face, Fabrice Olinga, Toko Ekambi is part of an offensive unit that has the quality to fire Cameroon to another African title next year.

Finally, Belinga has opted to draft in another new face, introducing a player who has the talent to be a big asset in the heart of the park.

Pierre Kunde Malong has represented the Lions at U-18 and U-23 level, but only now, after an encouraging season on loan at Granada from Atletico Madrid, is he getting his opportunity with the senior side.

The 22-year-old has impressed in the Segunda Division during a testing campaign, scoring five in 36 outings including an outstanding double against Leonesa in April.

He particularly impressed with Extremadura during the 2016-17 campaign, with his aggression helping him thrive in a destructive midfield role before netting 11 after being pushed higher up the park and being allowed to express himself.

While Kunde may take time to adapt to the international arena, there’s a realistic hope that he could be the long-term successor to ageing captain Sebastien Siani (31) and represents further competition for Georges Mandjeck, Arnaud Djoum, Frank Zambo Anguissa and Frank Boya.

Belinga may not be around long enough to truly enjoy the fruits of this Indomitable Lions shakeup, but if Cameroon do go on to enjoy success and put their misery behind them next summer, then one suspects the new and returning faces being introduced now will play a big part in their title defence.