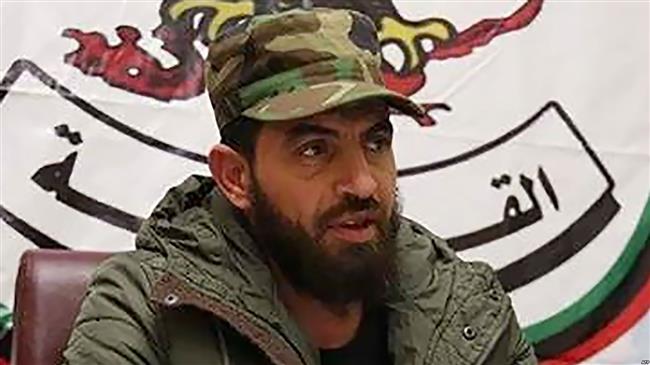 The International Criminal Court revealed Thursday it has issued a second arrest warrant for a Libyan military commander accused of shooting dead 10 Takfiri prisoners after a Benghazi mosque attack.

The new warrant for Mahmoud Mustafa Busayf al-Werfalli, issued Wednesday, cites “his alleged responsibility for murder as a war crime” in the Libyan conflict, the ICC said in a statement.

Despite an earlier warrant issued in August, Werfalli, a commander of the Benghazi-based al-Saiqa Brigade loyal to Libyan strongman Khalifa Haftar, has remained at large.

Now ICC judges have found “reasonable grounds to believe” that Werfalli “allegedly shot dead 10 persons in front of the Bi’at al-Radwan Mosque in Benghazi” on January 24.

Almost 40 people were killed and scores injured in twin car bombings outside the mosque after evening prayers frequented by Takfiri opponents in Libya’s second city.

The first warrant accused Werfalli of the cold-blooded executions of at least 33 civilians or injured fighters in seven incidents in 2016 and 2017.

The ICC judges referred to video footage allegedly showing Werfalli personally shooting hooded and bound prisoners, or ordering a firing squad to open fire on them.

In February, Werfalli said in an unconfirmed Facebook video post that he had handed himself in to Haftar, insisting on his innocence, and justifying any executions as “sentences” against Takfiri killers.

Libya fell into chaos after the ouster of strongman Muammar Gaddafi in October 2011, with competing authorities in Tripoli and the east vying for power.

Haftar supports an administration based in the east, while the UN-backed unity government based in the capital Tripoli has struggled to assert its authority outside of the west of the country.

ICC chief prosecutor Fatou Bensouda has repeatedly called for help in arresting Werfalli, as well as Gaddafi’s son, Saif al-Islam, who is also wanted on charges of war crimes.

A warrant has also been issued for the arrest of former security chief Al-Tuhamy Mohamed Khaled, accused of war crimes committed in 2011.