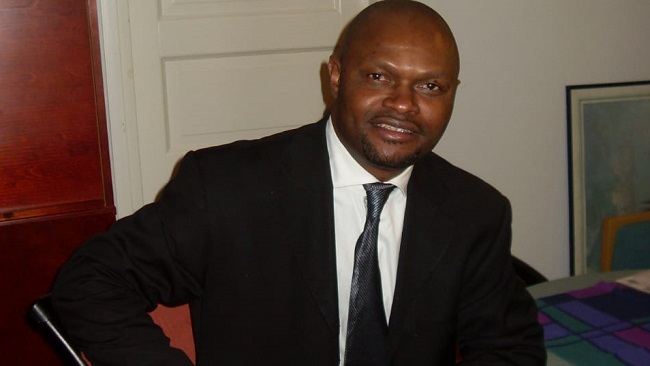 A senior Southern Cameroons elite based in South Africa, Dr Patrick Ayuk has criticized the French Cameroun regime of President Paul Biya for sponsoring the arrest and forced extradition of the Ambazonian leader President Sisiku Ayuk Tabe and his top aides from the Nigerian capital Abuja to Yaoundé saying it is in Paul Biya’s best interest to talk to the Southern Cameroons chief executive.

During a Cameroon Concord News Group event on Tuesday, Dr Patrick Ayuk opined on how the UN should intervene in the Ambazonia crisis and assist the two Cameroons move forward with several domestic and international issues, among them the terms of separation.

Dr Patrick Ayuk said the French Cameroun regime in Yaoundé could have tried to fix what it viewed as the Anglophone problem with  the Federal Republic of Nigeria as a mediator instead of wasting millions of US dollars in staging an action now described by international actors as state terrorism.

One consequence of the Biya-Buhari Abuja blunder was the internationalization of the Southern Cameroons crisis, Dr Patrick Ayuk noted.

The Southern Cameroons academic who holds a PhD in Management and leadership from the North West University highlighted the devastating effect of the 4 year old war that is showing no signs of ending blaming it on failed and irresponsible leadership in French Cameroun and pointed out that only a UN Security Council resolution will be able to bring to a very important conclusion the crisis in Southern Cameroons-Ambazonia.

The researcher at North West University and Founder and CEO of Global Leadership and Development Nexus also said the United Nations should thus return to the Milner-Simon Agreement as a means of restricting the casualties and preventing further conflict between the two Cameroons.

“I think it would be in Mr. Paul Biya’s best interest and his legacy to start talking to President Sisiku Ayuk Tabe and to stop the senseless war that has radicalized thousands of Southern Cameroonians” Dr Patrick Ayuk added.

He, however, cast doubt on whether the Southern Cameroons Interim Government and its leadership would be receptive to that saying, “I think after Yaounde ignored the recommendations of the so-called Grand National Dialogue, President Sisiku Ayuk Tabe and the Ambazonia Interim Government may have moved on and adopted a tough position.”

Vice President Dabney Yerima of the Southern Cameroons Interim Government has increasingly signaled that he wants the United Nations to send a fact finding mission to the Federal Republic of Ambazonia.