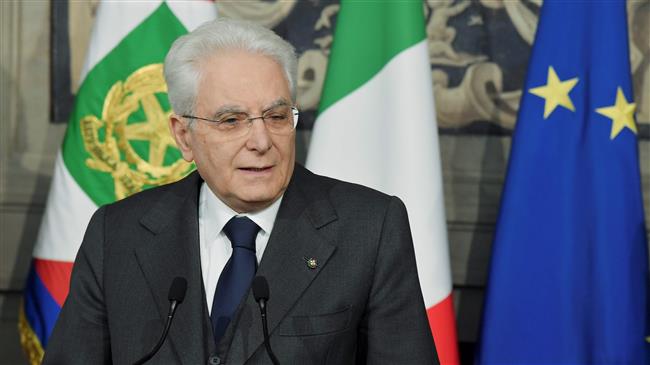 Italy is facing a third month of political paralysis after talks between the center-left and the Five Star Movement over a coalition government failed to get off the ground Thursday.

President Sergio Mattarella’s office announced in a statement that a fresh round of consultations would be held at the presidential palace on Monday “to see if the parties have other ideas for a government majority”.

On Sunday, just days after acting Democratic Party leader Maurizio Martina had said he was willing to talk to Five Star head Luigi Di Maio, former premier Matteo Renzi closed the door on any coalition deal with the anti-establishment upstarts.

Renzi stepped down as prime minister after his Democratic Party slumped to third place in the March 4 vote, behind the right-wing coalition led by the nationalist League that won the most seats, and Five Star, which became Italy’s largest single party.

Renzi still wields huge influence among his party’s MPs and senators however, many of whom are hostile to Five Star after it ferociously criticised them when they governed Italy.

At a conference on Thursday the Democratic Party’s national leadership voted unanimously not to engage in government talks with the Five Star Movement.

“With Five Star, the chapter is closed,” declared Martina.