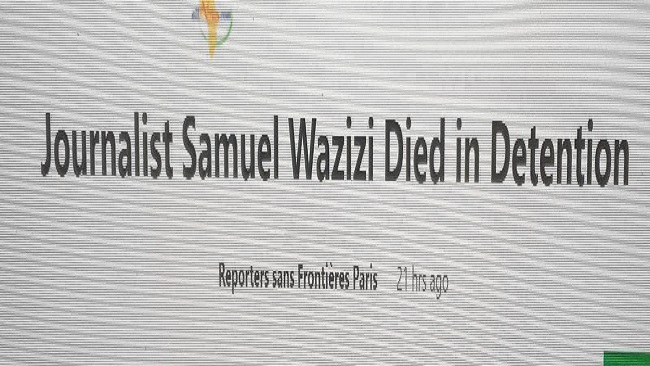 A Yaoundé mission that resulted in the apparent death of a Southern Cameroons journalist Samuel Wazizi, arrested August 2 and handed over to Cameroon’s military was organized by a high-ranking officer with the support of SED and the Cameroon Secret Service, a well placed source familiar with the case has hinted Cameroon Intelligence Report.

Our source described the Cameroon military official who interrogated Samuel Wazizi Wazizi, also known as Samuel Ajekah Abuwe immediately after his arrest in Buea, in Cameroon’s southwest as very close to the inner circle of President Paul Biya and Minister Paul Atanga Nji.

Cameroon government authorities did not publicly said why they were detaining him, but the Francophone dominated police reportedly told his lawyer that Wazizi was accused of “collaborating with separatists” and “spreading separatist information.”

It is unclear whether President Biya or Territorial Administration Minister, Paul Atanga Nji authorized his arrest, interrogation and killing. However, several opponents of the Yaoundé regime including exiled Ambazonia leader Vice President Dabney Yerima, Cameroon Intelligence Report spoke with noted that the killing of Samuel Wazizi could not have happened without the direct knowledge of the Cameroonian National Security Council run by Minister Paul Atanga Nji.

Another source deep inside the ruling CPDM party told Cameroon Intelligence Report that the Biya Francophone government suspected Samuel Wazizi of having ties to the Southern Cameroons Interim Government and its jailed leadership. There has been no evidence to demonstrate Wazizi had such ties.

The same source furthered that the organizer of the mission to kill Wazizi was not transparent about what he told President Biya and other members of his so-called National Security Council, which, the source said, explained why the Yaoundé government still has no clear information and has been maintaining a kind of deliberate silence on the matter.

Some sources have hinted CIR that the Biya regime is planning to acknowledge that Wazizi died in Buea during a botched interrogation, one that was intended to lead to his transfer from Southern Cameroons to Yaoundé.

A Southern Cameroons officer serving with the intelligence unit of the Rapid Intervention Battalion in Buea informed Cameroon Intelligence Report that Samuel Wazizi’s body may have been cut into pieces after he was killed in Buea by Francophone Beti Ewondo officers. Cameroon government officials would not comment on the disposal method for the body despite pressure from Reporters Sans Frontieres.