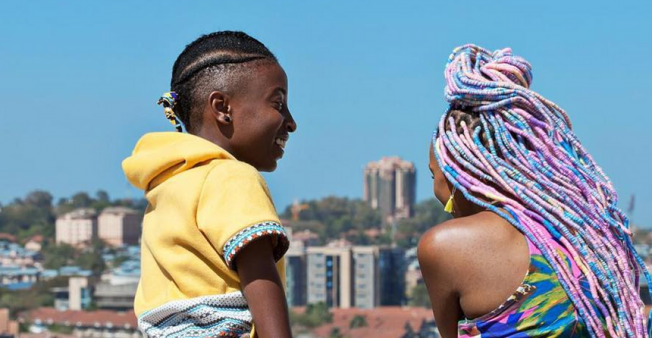 Kenya has banned its first feature film to premiere at the Cannes Film Festival, accusing it of having “clear intent to promote lesbianism in Kenya, contrary to the law”.

Director Wanuri Kahiu said she is “incredibly sorry” to confirm the ban of “Rafiki” (or “Friend” in Kiswahili) by the Kenya Film Classification Board. Her film depicts a love story between two women.

“We believe adult Kenyans are mature and discerning enough to watch local content but their right has been denied,” she said Friday on Twitter. The director has said in interviews that she had been nervous about the film’s reception in Kenya, but had received some support. In a strange twist, just days prior, the head of the Kenya Film Classification Board [KFCB], Ezekiel Mutua, had praised her work in an interview with a local radio station.

But on Friday, the KFCB said in a statement that the film “contains homosexual scenes that run counter to the law, the culture and the moral values of the Kenyan people”. The board also accused producers of changing the original script that was licensed for production, which they say didn’t have romantic scenes between the female actors.

The board said it met with the director earlier this month and asked her to edit out the film’s “offensive” parts. On Wednesday, the director instead told the board to go ahead and make a ruling, it said.

Under British colonial-era laws, homosexuality remains illegal in Kenya. A person caught in the act can face up to 14 years in prison, though activists say that it is rare for people to be prosecuted. Many members of the LGBTI community do face severe harassment and physical threats.

Mutua, the head of the KFCB and a self-described “fervent moral crusader”, has previously sought to ban films, ads and cartoons he deems immoral, often on the grounds that they promote homosexuality.

After the decision was announced, the KFCB Twitter account began to retweet homophobic tweets supporting the ban.

For activist Kevin Mwachiro, the author ofInvisible – Stories From Kenya’s Queer Community, the ban didn’t come as a surprise.

“I was hoping it wouldn’t be banned, but this does reflect what is happening in society,” Mwachiro told FRANCE 24. “There are moralists in positions of authority who have blurred the lines between what is faith-based and what isn’t. In a secular nation like ours, they are bringing in personal beliefs to something that shouldn’t be moralised.”

He cited other instances – such as the KFCB’s 2014 decision to ban the Kenyan-made film “Stories of Our Lives”. The film, which told five different stories about LGBTI Kenyans, was shown internationally, including at the Toronto International Film Festival.

“It’s terrible when content made by Kenyans for Kenyans is outlawed,” Mwachiro said. “Now ‘Rafiki’ will only be screened in Western capitals.But for LGBT people in Kenya, seeing these stories on the silver screen would help them in their own journeys.”

In Kenya, gay rights activists have quickly raised an outcry to the ban, while the Cannes Film Festival shared Kahiu’s comments on Twitter.

“Rafiki” will premiere at the French festival next month in the “Un Certain Regard” category, earmarked for films with unexpected or marginal themes by emerging directors.

The film is adapted from a story called “Jambula Tree” by Ugandan writer Monica Arac de Nyeko, who now lives in Nairobi. The main characters, who live in a housing estate in Nairobi, are the daughters of rival politicians.

It won the 2007 Caine Prize, which is awarded to African writers of a short story published in English.

In a recent interview with journalist Christiane Amanpour, President Uhuru Kenyatta dismissed gay rights as being “not of any major importance to the people and the Republic of Kenya”.

However, in reality, the ban on “Rafiki” occurs against a backdrop of a nation struggling to come to terms with the varied sexuality of its people.

Currently, Kenya’s High Court has begun hearing arguments in a case that challenges parts of the penal code seen as targeting the LGBTI community. The National Gay and Lesbian Human Rights Commission argues that the sections are in breach of the constitution and deny basic rights by criminalising consensual same-sex relations between adults. The court on Monday is expected to announce a date for its ruling.

“We aren’t out of the woods yet but a lot of work has been going on behind the scenes,” he said. “We live in a beautiful country with talented people.”