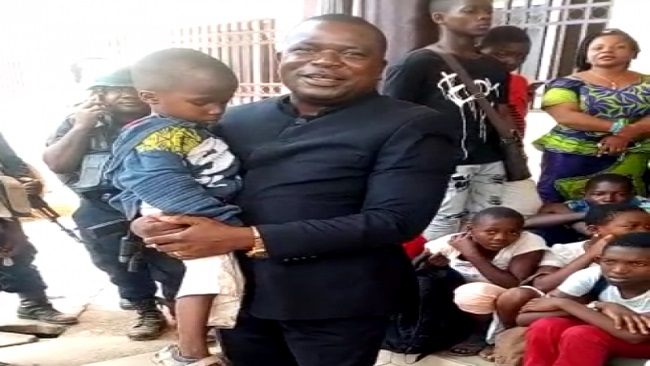 The so-called Senior Divisional Officer (SDO) for Meme, Ntou Ndong Chamberlain told state media that the children were kidnapped early on Tuesday from their school in the city of Kumba and “taken to the forest where the camp of the separatists is located.

The Meme SDO added that 2 armed separatists were shot dead during the rescue operation and weapons and ammunitions were found.

The children, aged 5-10, have reportedly been reunited with their families, the SDO added. Reacting to the news, a senior aide to the Southern Cameroons Vice President, Dabney Yerima told Cameroon Concord News correspondent in Kumba that “it is all Minister Atanga Nji kind of drama being staged by highly placed French Cameroun government officials to gain appointments and promotion.”

However, abductions have become rampant in Southern Cameroons as the twin poll announced by the 86 year President Paul Biya draw near.

Southern Cameroons Restoration Forces have been clashing with government forces since 2017 in an attempt to establish an independent nation now known as the Fedral Republic of Ambazonia.