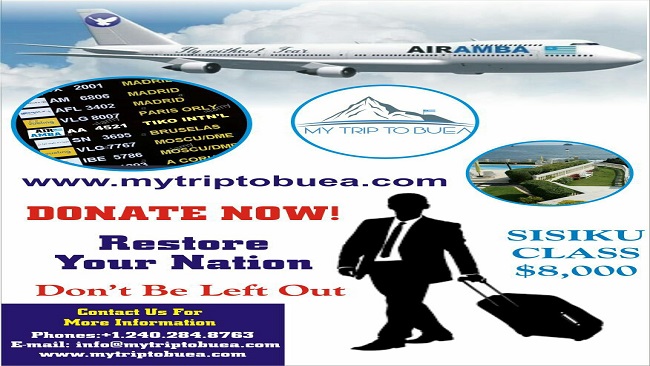 The Cameroon government is backing a new technology hub to be called “Cameroon Silicon River” in its capital city Yaoundé, in a move that is likely to move attention from its small, but already thriving ecosystem in the country’s southwest region.

The new tech hub is modeled after Buea’s Silicon Mountain and will take a sizable portion of the 11.92 billion CFA francs ($ 20.6 million) 2019 budget of Cameroon’s ministry of scientific research and innovation. The government says Cameroon Silicon River will be a platform for research and innovation where young, creative, and enterprising Cameroonian software developers and other technologists will have the infrastructure and support they need.

But the news has not gone down well with tech leaders and entrepreneurs in Silicon Mountain; the already burgeoning tech ecosystem in Buea, in the English-speaking region of Cameroon. It is seen as the latest part of a wider national effort to marginalize the minority English-speaking regions of the country in the southwest and northwest.

For the last two years activists in the English-speaking regions of the country have protested against marginalization by the French-speaking dominated government. Modern Cameroon was formed from part of a former British colony and a much larger French colony, which makes up about 80% of the country’s population. But over the last year, those initially peaceful protests by Anglophone professionals, including lawyers and teachers, have turned into violent clashes with government security forces.

There has also been an information battle conducted mainly online. The government has taken to shutting down the internet for months in the English-speaking regions, ostensibly to prevent anti-government activists organizing.

Tech entrepreneurs in Silicon Mountain have often complained of systematic neglect by the government, citing specifically the lack of tax incentives for their tech start-ups and want of financial support.

Despite the difficulties, some Cameroonian start-ups in Silicon Mountain have received global acclamation and are being scaled up to spread across the world. These include Zuo Bruno (Zuoix)’s Zoomed car-tracking application using SMS and Churchill Mambe Nanje’s Njorku.com – a fast-growing job search engine and aggregator that helps thousands of African job-seekers find employment opportunities in locations nearest to them.

Bruno, an ethical hacker from Silicon Mountain, described the Yaoundé hub plan as a waste of resources. “I think it is a decision that assumes creativity and innovation can be taught and politicized.”

Many techies in Silicon Mountain say government officials often speak with them on how to improve the local ecosystem but their suggestions or proposals often end up being implemented in other parts of the country.

“We had proposed to officials that there was need to put in place an institution in Buea that will help startups in registering their ventures and scaling them up. Now we hear it is Yaounde,” said Otto Akama, co-founder of Makonjo Media. He indicated that same had been done with the creation of a technopole in Kribi, in the country’s French-speaking region.

“When you copy an initiative, you miss out the essential details. Even Silicon Valley in the US was not a government creation,” Colbert said. He argued government should only create an enabling environment for technology to strive.