French Cameroun Beti Ewondo political dinosaurs have been in the way of realizing La Republique du Cameroun’s dream of economic prosperity. For 38 years, Biya and his Beti Ewondo kinsmen and women have spent the resources of the two Cameroons not on development but antidemocratic means to stay in power. Correspondingly, the new chairman of […] 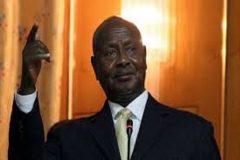 Iran’s Revolutionary Guards test-fired ballistic missiles against targets in the Indian Ocean as they wrapped up a two-day exercise, their official website reported Saturday. The missiles of “various classes” targeted “the enemy’s battleships and destroyed them from 1,800 kilometres (1,125 miles) away,” according to the Sepahnews website. The missiles were fired from central Iran with […] 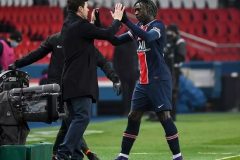 Paris Saint-Germain boss Mauricio Pochettino has tested positive for Covid-19, the French champions said Friday, just two weeks after taking up his job. The 48-year-old Argentine will “respect isolation and is subject to the appropriate health protocols”, PSG said on Twitter. His assistants Jesus Perez and Miguel D’Agostino will take charge of the team for […] 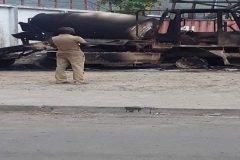 Several vehicles were photographed in flames in an assault that has been reportedly claimed by a group called The Fako Action Forces Explosions were reported outside the Limbe Omnisport Stadium on Thursday, just two days before the highly anticipated African Nations Championship starts in Cameroon, in an attack apparently linked to a local separatist group. […] 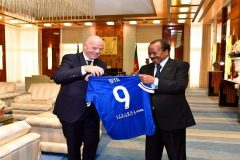 The 87-year-old French Cameroun dictator Paul Biya has met with FIFA President Gianni Infantino today January 15, 2021 at the Etoudi Palace in Yaoundé. Biya’s communication agents posted on his face book page that the butcher of Yaoundé was delighted to meet with Gianni Infantino, on the eve of the opening of the 2021 African […] 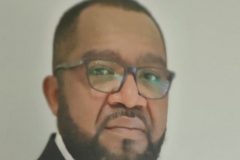 The Vice President of the Southern Cameroons Interim Government, Dabney Yerima says the Biya French Cameroun regime is doing all it can to implement disunity among Ambazonian front line groups and prevent dialog between the two Cameroons. “The Ambazonia Interim Government is interested in holding a frank, candid and confidence-building dialog with the people of […] 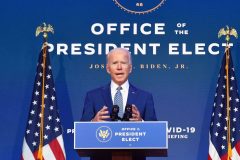 President-elect Joe Biden unveiled a $1.9 trillion coronavirus plan Thursday to end “a crisis of deep human suffering” by speeding up vaccines and pumping out financial help to those struggling with the pandemic’s prolonged economic fallout. Called the “American Rescue Plan,” the legislative proposal would meet Biden’s goal of administering 100 million vaccines by the […] 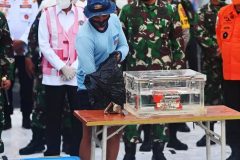 Indonesian investigators have successfully recovered data from a crashed passenger jet’s flight recorder, days after the plane with 62 people aboard slammed into the sea, they said Friday. “(It’s) all in good condition and we’re now examining the data,” National Transportation Safety Committee head Soerjanto Tjahjono said in a statement. The recorder, which holds information […] 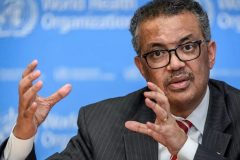 Global health experts gathered on Thursday to tackle new coronavirus strains blamed for a fresh surge in infections as countries including Britain and France tightened restrictions to head off a further worsening of the pandemic. The World Health Organization (WHO) emergency committee session came as their colleagues were seeking the origins of the virus on […]