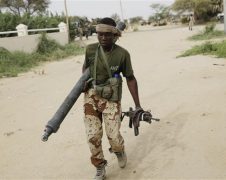 Two soldiers, belonging to Cameroon’s 42nd Motorised Infantry Battalion were killed on Monday night when an army post was attacked by Boko Haram terrorists in the Far North region. Security sources hinted that the attack happened in the locality of Zeleved, in Mayo-Tsanaga Division. Local authorities, while confirming the incident, said the terrorists destroyed the […]

France: Could Macron and Brexit make Paris the capital of European tech? 0

The 9th edition of the Cameroon government exhibition forum dubbed “Sago” kicked off in the capital city Yaoundé on Tuesday to promote public actions towards development and stimulate citizens’ participation in public affairs. The fair saw the participation of all government structures and partners and a large number of companies, according to Emmanuel Rene Sadi, […] 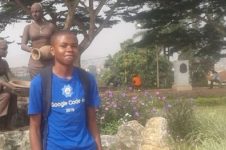 The first African winner in Google‘s annual coding competition is 370km (230 miles) from home, sitting outside his cousins‘ house in the Cameroonian capital, Yaounde, because the government has cut off his hometown from the internet. As cocks crow in the background, 17-year-old Nji Collins Gbah tells the about the series of complex technical tasks […]