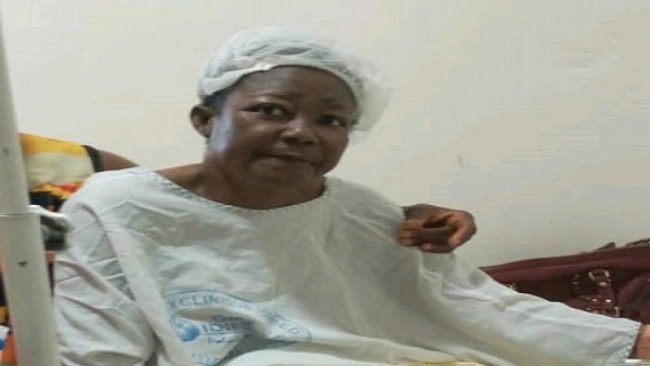 Renowned Cameroonian artist Nguea La Route who had a hip disarticulation operation, meaning they removed her left leg up to and including the hip joint on October 4, 2019, has gotten another amputation on her right leg. The operation took place at the Douala General Hospital on the night of Wednesday, January 15, 2020.

Mama Nguea entered the surgery around 11pm Wednesday and came out shortly after 3 a.m. Local media reported that Nguea La Route had a long session in the intensive care unit.

The artist, whose condition seemed stabilized after the first operation, had left Laquintinie hospital several weeks ago. Things however took a dramatic u turn and she was rushed to the General Hospital where a second amputation took place.

Cameroon Concord News understands a charity concert was organized in Douala on December 2, 2019 in support of the artist. The free concert sponsored by Nicole Mara brought together several legends including Ben Decca, Toto Guillaume, Franco and Hobscur.

The musicians took popular songs from Mama Nguea that celebrated life and raised 400,000 CFA francs which was handed over to her.