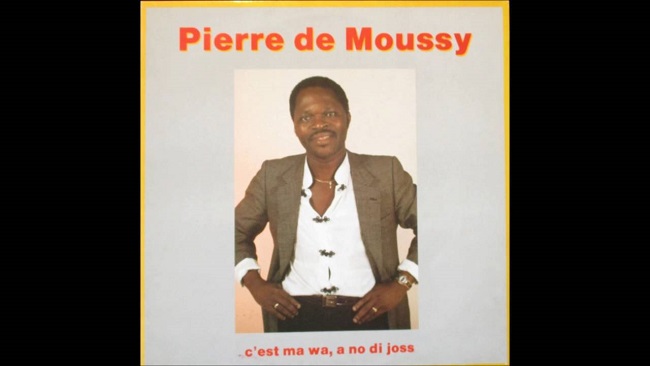 It is no longer a rumor as was the case on January 5th. The songwriter and producer of the famous Makossa tune “Ndolo l’amour” is no more. A sister publication Cameroon Info.Net reported that Pierre de Moussy died on January 25, 2018 in Geneva, Switzerland where he had taken up resident.

We gathered that Makossa legend Dina Bell who was at his bedside, confirmed the news yesterday January 26, 2018 via the antennas of Cameroon’s state radio and television CRTV.

Victim of a serious traffic accident in Geneva, Switzerland, on the 30th of December 2017, Pierre de Moussy was in a coma and interned at the Geneva Central Hospital. But his condition, according to his family remained stable thanks to respiratory assistance that kept him alive, until it took a U turn and deteriorated dramatically on January 25, 2018.

Songwriter, Pierre de Moussy will be remembered as one of the major figures of Makossa, a Cameroonian musical rhythm with a career that started in the 1980s.