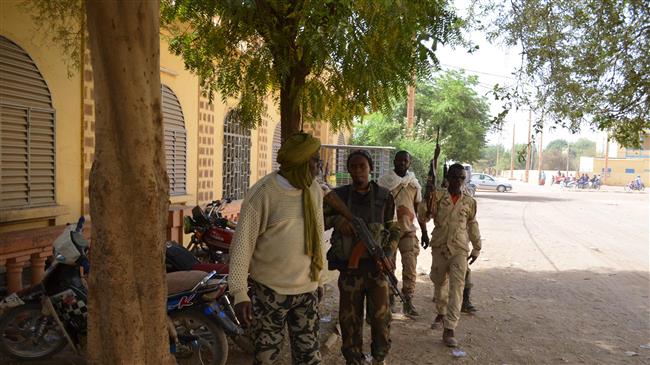 At least four civilians have been killed in a suspected militant attack in northern Mali over the weekend, local officials said Sunday.

An unknown number of the attackers were also killed in fighting as the “suspected militants killed at least four civilians around Talataye,” a northeastern town of around 14,000 people, regional officials told AFP.

In the Talataye area the militants often target an Azawad group, the traditionally nomadic Tuareg people of the desert, who they consider too close to a pro-governmental armed group, another elected local official said.

Civilians considered too close to the Azawad group are, in turn, considered legitimate targets, he added.

According to a Mali security source, the assailants took hostages during Friday’s attacks, and killed at least one of them on Saturday.

On Sunday tension remained high in and around Talataye, a foreign security source told AFP.

Friday’s attack came after Mali’s army decided to ban the use of scooters and pick-up trucks in some areas to boost their fight against armed militant groups.

Such vehicles are often used by extremist fighters, in the north and the center of the country.

The ban applies to a dozen “circles” in the central regions of Segou and Mopti and northwest Timbuktu region.

In late January, 14 soldiers were killed and 18 more wounded in an attack on their camp in Mali’s restive north.

That attack in Soumpi, in the Timbuktu region, came two days after 26 civilians including mothers and babies were killed when their vehicle ran over a landmine in Boni, central Mali, according to a UN death toll.

Extremists linked to al-Qaeda took control of the desert north of Mali in early 2012, but were largely driven out in a French-led military operation launched in January 2013.

In June 2015, Mali’s government signed a peace agreement with coalitions of non-militant armed groups. But extremist insurgents remain active, and large tracts of the country are lawless.