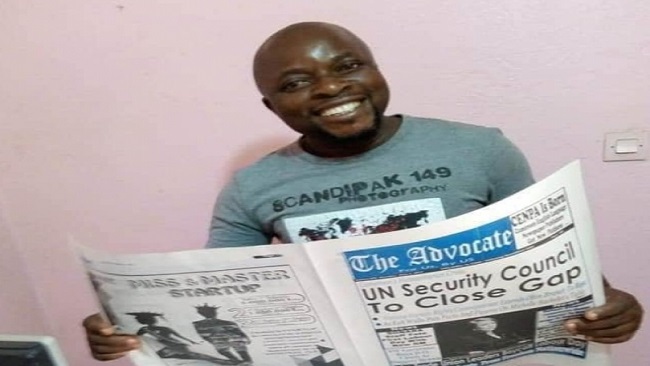 A Southern Cameroons journalist serving with The Advocate as a Mamfe town reporter, Joseph Ojong has been arrested by Cameroon government security agents.

Local media in Manyu say Joseph Ojong was picked up by plain cloth military officers on Sunday 19 July 2020 in Mamfe the chief town in Manyu.

He is alleged to have “taken photos of a police officer’s house, which was set on fire by Ambazonia Restoration fighters.”

Cameroon Info.Net that reported the news also stated that the Cameroon Association of English Speaking Journalists (CAMASEJ) and the National Union of Journalists of Cameroon (SNJC) have not yet reacted to the arrest.