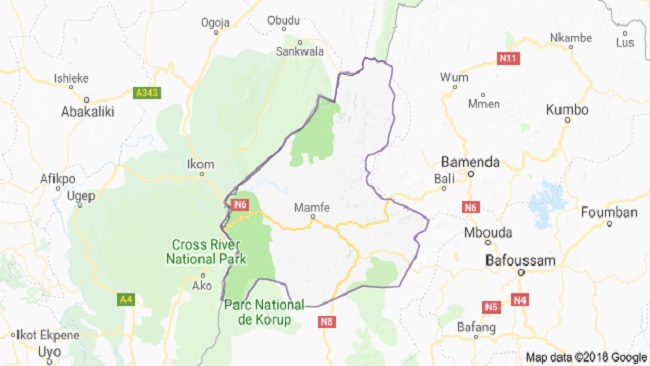 To: All Parents, sons, and daughters of Manyu:

The Manyu Diaspora Advisory Committee will like to draw your attention to this fake Celebration that the secret cult government of Paul Biya has continued to use to manipulate our minds, distort our history, reinforce our status of second class citizens/slaves, and uplift themselves as the masters over our territory.

Why celebrate 20hMay when thousands of our own youths have been forced into exile in Nigeria, and thousands of others are killed or imprisoned in concentration camps across La Republic du Cameroun territory, and our villages and towns burnt to the ground by the Terrorist regime of Yaoundé?

What are you going to be celebrating when our towns, villages, and streets are undergoing full scale terrorism by the illiterate soldiers of Paul Biya, who rape, kill, and steal from our farms and houses?

Why would you want Biya’s propaganda CRTV to broadcast images of your marching children to the world, portraying them as “happy kids”, when in fact these children are living in hell and have no future at all in Biya’s Cameroun, where his thugs continue to intensify their acts of aggression upon our people?

We know the shameless CPDM shall send its corrupt slaves like the ostracized Tabetando, Mengot,Mrs. Okpu, Senator Anja and Hon. Egeli Elias to come and convince parents to send their children go out and march on the 20th of May.

You love your children, no doubt. But we are afraid these greedy Manyu CPDM slaves love just one thing-Power and Money. They will sell all of us to Paul Biya so long as money gets into their accounts. These outlawed traitors already know about Biya’s secret plot to send out his military disguised as “secessionists” between now and the20thMay to kill your children aged 13 and above on that day, blame it on “Ambazonian Restoration Forces” and then arrest your surviving children.

Have you not already seen them burn your schools, markets, homes, entire villages, then turn around and blame you for their cowardly acts of cruelty? Do not give them another chance to kill your children. You can rebuild your houses, but you can never bring your dead children back to life.