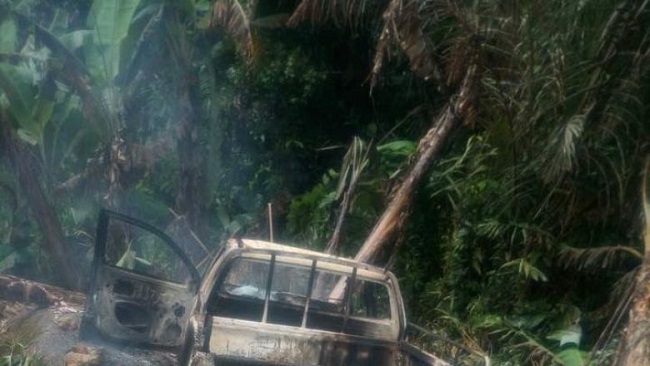 Nearly 26 Southern Cameroonians were wounded today Monday in Mbengui, the chief town in the Momo County as Cameroon government forces attacked people in their homes for respecting ghost town operations.

Ambazonians in Mbengui had earlier erected protest banners on the main roundabout saying no to Special Status rejecting all forms of French Cameroun military involvement in Southern Cameroons.

An audio message aired by an authentic eye witness called for help from the so-called Sako IG which usually claims control of the Momo County.

A spokesman for the Ambazonia Restoration Forces told Cameroon Concord News that 26 people including women and children were injured by French Cameroun government troops.

Our source added that the 26 of those wounded were shot with live ammunition fired by troops loyal to the Yaounde regime.