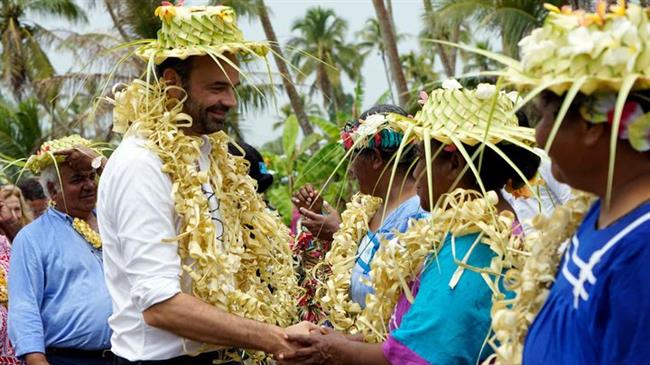 Message to Ambazonians: New Caledonia to vote on independence from France in November 0

Lawmakers on the tiny French overseas territory of New Caledonia voted on Monday to hold an independence referendum on November 4, the culmination of decades of campaigning by separatists to break from their old colonial master.

Better known for its stunning lagoons, pristine Pacific beaches and diverse wildlife, New Caledonia has seen years of bitter political feuding between independence advocates and those who are determined to remain part of France.

Unrest shook the islands in the mid-1980s with as many as seventy people thought to have been killed.

An agreement was signed between France and New Caledonia in 1998 that promised greater autonomy for the archipelago and its indigenous Melanesian Kanak population.

Under the terms of that deal an independence referendum needed to be held by the end of 2018.

On Monday, the island’s legislature finally approved a referendum date — Sunday, November 4 — at a public meeting in the capital Noumea, according to an AFP journalist present, with 38 votes in favor and 14 opposed.

New Caledonia currently holds a unique position as an overseas possession that formulates its own tax, labor laws and trade policy but not defense or foreign policy.

But many of the archipelago’s inhabitants, particularly within the indigenous Kanak community, want full independence.

The territory boasts a quarter of the world’s known resources of nickel, a core component in the manufacture of stainless steel, rechargeable batteries and coins.

But wealth is not evenly spread and backers of independence want major economic reform.