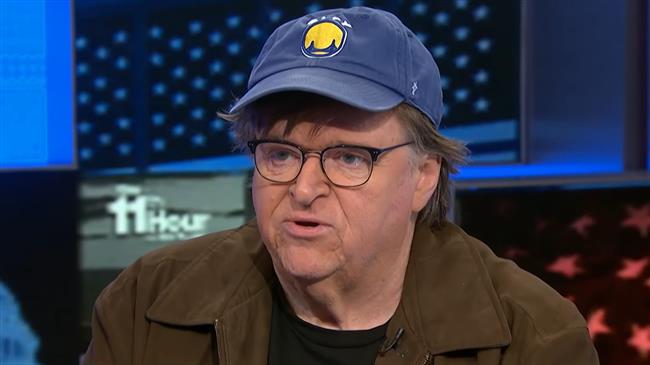 American documentary filmmaker and author Michael Moore suggests President Donald Trump is worse than the coronavirus, arguing science could cure the illness, while Trump has created a “false ignorance” by spreading misinformation.

On Friday, Trump lashed out at the American news media and Democrats, saying they are unfairly criticizing his response to the coronavirus. “This is their new hoax,” the president said.

“If you have the president telling people it’s a hoax — that there’s nothing to worry about, that it will disappear as he said yesterday, and it’ll be a miracle … which is more dangerous? The virus or a president who says that,” Moore told MSNBC anchor Brian Williams Friday.

On Saturday, health officials said a man in the Washington State in his 50s became the United States’ first fatality from the coronavirus. The US Centers for Disease Control and Prevention also said there were at least 71 confirmed or presumptive positive coronavirus cases in the United States.

Nevertheless, Trump later on the same day told Americans that there was “no need to panic,” defending calling the crisis a “hoax.”

Asked at a news conference whether the language he had used was wrong, he said, “No no no. ‘Hoax’ referring to the action they take to try and pin this on somebody, because we’ve done such a good job.”

Moore told Williams that the president’s statement was “the most dangerous thing” he had ever heard, asking what kind of “apparatus do we have to arrest — not arrest as in handcuffs — but to arrest the enforced ignorance that he is propagating here.”

Trump has been accused of downplaying the threat of the virus by Democrats and some health experts.

Concerns have grown over the past week as the virus started to spread deeper into the country.

Trump has tapped Vice President Mike Pence to lead the administration’s response to the coronavirus. Pence has announced a series of new travel restrictions in order to help limit the spread.

The current travel ban on Iran will be extended and now includes foreign nationals who have traveled there over the previous 14 days, while Washington’s warning against travel to areas of Italy and South Korea will be strengthened.