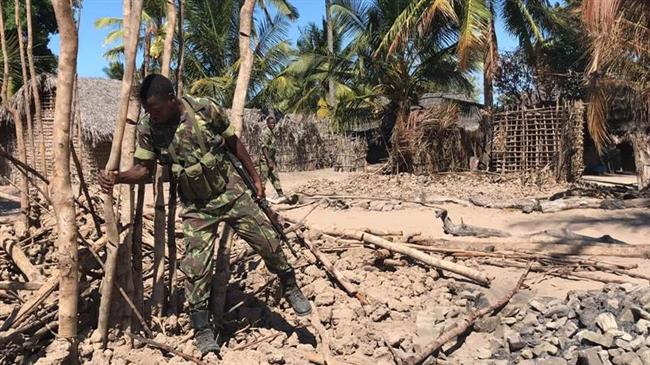 Militants have killed 52 villagers in northern Mozambique who refused to be recruited to their ranks.

The massacre took place on April 7 in the village of Xitaxi in the Muidumbe district of Cabo Delgado Province, home to multi-billion-dollar gas projects led by foreign companies such as Total.

“The young men were about to be recruited but they resisted, which provoked the ire of the bandits, who killed the 52 indiscriminately,” police spokesman Orlando Modumane said on Tuesday.

Modumane said most of the victims had been either shot dead or beheaded, adding that a manhunt had been launched for the attackers.

Militants have in recent weeks stepped up attacks in the gas-rich province, targeting towns, villages, or government buildings.

For more than two years, the militants have mainly targeted isolated villages, killing more than 900 people, according to the US-based Armed Conflict Location and Event Data Project (ACLED).

The unrest has forced hundreds of thousands of locals to flee the troubled province.

Cabo Delgado, expected to become the center of a natural gas industry after several promising discoveries, has seen a string of assaults on security forces and civilians.

In 2017, the government announced plans to build a commercial port in Cabo Delgado.

Attacks have prompted security concerns for investors in Mozambique, one of the world’s poorest countries.

NGOs say the government must do more to protect the mostly poor civilians in the area.