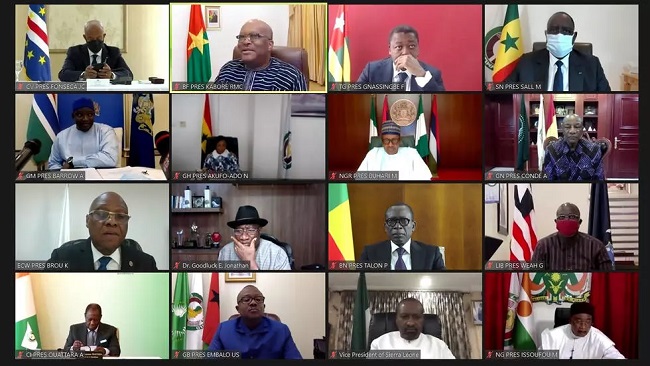 National dialogues and Peace in Africa 0

Generally, we all feel safe when threats are alleviated from our cherished values, which if left unmanaged threaten our survival or that of a referent object in the near future. Security is important and forms the basis of our existence and expression in society. Imagine what life will be without any form of threat, where security is normal, passive and not priorities and politically demanding issues? Absence of threat to a certain level is a prerequisite for growth and development of any society. Increase threats level drive down local production and inflow of foreign investments.

Security matters and absence of threats in our society remained a major illusion in our highly politicized society. Globalization and advent of technological development has continued to expose our societies to different forms of threats. Politics has continued to be instrumental to endangering security. While positive political environment allows for integration and development of peaceful co-existence, several political actors privy to command resources for eliminating threats have resolved to make politics a major issue in threat escalation.

Political nature of security has made the definition of the term security an object of argument based on the perspective of analysts and writers on the topic. Traditional understanding of security emphasizes the physical accumulation of military power to defend the state from external and internal aggression. African states at independence were incorporated into the geopolitical East – West polarization. The need for expression of influence by super powers was reflected in the strength of allied states armies.  Big armies were used to prop up and maintain loyal stooges as powerful rulers in states without proper understanding of principle and operation of statehood.

The period between 1956 and 1989 when the Cold War ended, dictators like Idi Ami in Uganda (1971 -79), Gamal Abdel Nasser in Egypt (1954-1970), Ahmed Sekou Toure in Guinea (1958-84) and Mengitsu Haile Mariam in Ethiopia (1974-1991) ruled with iron fists in defense of their countries territorial integrity and redefined state security as security for the few ruling elites at the expense of the masses. The states employed the “Kill and go” mentality in elite securitization to defend their territory and unleash terror on dissenting public. The armies and the police in African states now become instrument of public oppressions, as there were no external aggressions to address.

The end of the Cold War brought new realities in international relations understanding of security. Emergence of “new wars” –intra-state wars- in Africa and Eastern Europe led to new thinking about the effects of globalization on security planning. Buzan Barry in 1983 introduced the theory of a shift from physical or critical security thinking towards a focus on human security. Mary Kaldor also emphasized the need for new directions for security in her work “Old War, New Wars: organized Violence in a Globalized Era” (1998). They both postulated the need for newer roles for states armies as numbers of inter-states wars have continued to reduce in the world while organized violence from non-state actors emerged as new threats to developing states in Africa and Europe at the turn of the century.

Emergence of organized insurgent groups and terrorists that targets civilians and non-combatants has been blamed on the lack of a shift in the roles of states security operations from elite centered towards public supports. The need to defend states sovereignty with the security forces at the expense of securing the people while crime and threats to lives grow due to lack of resources to achieve basic human development have ennobled the need for the shift of focus of citizens security to Private Security Companies (PSC) and ethnic militias in most areas of Africa.   Initial goals of the public supports for these militias; remain in achieving security towards protection of cherished values in most states.

Regrettably, lack of states’ control and management of the growth and development of militia groups, expanding influence of militias has resulted in abuse of power and such influences. Most militia has turned from their roles as defenders of the people to direct anti-state organization. Thereby increasing people’s exposure to more threats.

Security is a relative and controversial term which relevance can only be surmised by the presence of object for security. People was traditionally ascribed the object of security in developing world however within international relation, the UN and other developed nations states empanelled the state as reverent object of all security discourse before the turn of the millennium.

The United Nations through the UNDP at the end of the Cold War, introduced in 1993 “Human Security” as the main focus of state security. The UN maintained that states duties to their citizens should include the assurance of their survival and securing their access to humane living conditions. States have to provide all basic amenities to secure citizens needs and aspirations. Human Security Index was introduced as the measure of legitimacy of states.

African states that have hitherto experienced patronage from international superpowers to maintain strong armed forces and equipment based on mere east/west alignments at the end of the cold war were unceremoniously left to dry. Low revenue for most states led to high inflation, unemployment, poverty and low capital formation. With huge and unmanageable security bills to supports and growing hunger, many states fell under the gun to coups and counter coups by the same armies that had helped in wasting the national fund.

The harsh military rules of the late eighties and nineties in Africa helped in building a new form of public resistance and anti-state movements. The growing need for re-organisation of condition for statehood in most states was blocked under the need to defend states’ territorial integrity. This challenge continued to form basis for ethnic strengthening instead of nation building. Challenging the traditional roles of states as sole controller of violence became more rampant as ethic armies demands emancipation and control of their territories in several states like Somalia, Nigeria, Chad, Mali, Niger and Sudan from the late eighties.

Lack of trust in weakening states institutions due to years of oppressions and high level of official corruption continued to contribute to stress of the political landscape. The failure of states to empanel proper conflict management and internal law enforcement mechanism to ensure justice, accountability and equity, finally sounded the knell on the popularity of the states in Africa. Public supports for the institutions of states waned and growth of radical thought escalated unbridled.

The growth of terror organisation in Africa becomes inevitable as poverty expanded. Lack of proper planning and finance for states’ internal security and inequalities in the sharing of resources of state has made radicals out of the youth with low life expectancy. Growth of illicit economies with huge rewards for participants in an environment with high incidence of poverty, have resulted in the development of a new class of African youth; ready to make it by every means necessary.

The Al-Shabab, Boko Haram, MEND, OPC, Bakassi Boys, MAJOC, AQIM, and others are the products of a system of elite security that have complete answer to all issues. The apparent lack of dialogue in African state is so appalling.  The states are being run by an elites who are used to decrees and pronouncement without consultations. The elites have shown the public that security can only be achieved through the use of violence. State policies in most African states have always favoured ex-militants and violent individuals. The youth in Nigeria look at ex-Niger Delta militants that have become leaders in political discussions and businesses and choses their heroes and Kenyan youths’ hero is President Kenyatta himself, the President with cases of human rights abuse in the ICC.

There is urgent need for complete reformation of the African state focus of security, the people should be the focus of national security while the people in turn through their trust in national institutions support and uphold the sovereignty of the state. How we lose our African heritage of love, peace, equity and justice to these common criminals remain an issue. If we don’t address the issues of leadership and equity in Africa, here will always be another violent struggle to further endanger the peace of our people.

The author Don Michael ADENIJI is the Executive Director African Initiative for Peace and Human Development, Ibadan and also moonlights as Contributing Editor of the Cameroon Concord News Group